Epik High have ‘Done Something Wonderful’ for their upcoming album!

Epik High have ‘Done Something Wonderful’ for their upcoming album!

The first teasers are out for the legendary hip hop group’s ninth studio album! 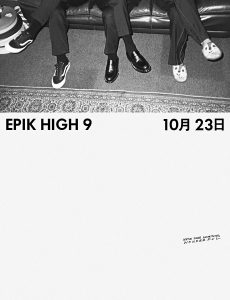 In addition to this, the group has also released a comeback film! The video shows snippets of the hard work Epik High have put into not only their new album, but their entire career so far. Clips of the trio rapping, writing lyrics, mixing, and correcting their work, all set to the music of Philip Glass‘ ‘Etude no.2‘ create a sense of nostalgia as the viewer reflects on the behind the scenes aspects of creating an album. Fans are also treated to a sneak peek of Epik High‘s collaboration track with IU! Watch the short film below:

Scroll for more
Tap
Lay looks majestic in latest image teasers for upcoming comeback!
DIA will be back before you know it!
Scroll
Loading Comments...