Eric Nam is going to raise in Europe!

Eric Nam is going to raise in Europe!

Eric Nam, after hinting to a possible European tour, has finally kept his promise and announced a long list of cities he is going to visit in June. His tour is going to have more than ten stops around Europe, visiting the well-known cities such as Berlin or Prague!

Recently, some changes has been made to the tour stop list. Reflecting the huge ticket power Eric has, he decided to add another date in London (June 22nd) and upgraded the shows in Cologne and Amsterdam to bigger venues. This shows the massive popularity Eric Nam has with the European fans as well as the excitement of everyone upon receiving the news he is indeed coming to their region! 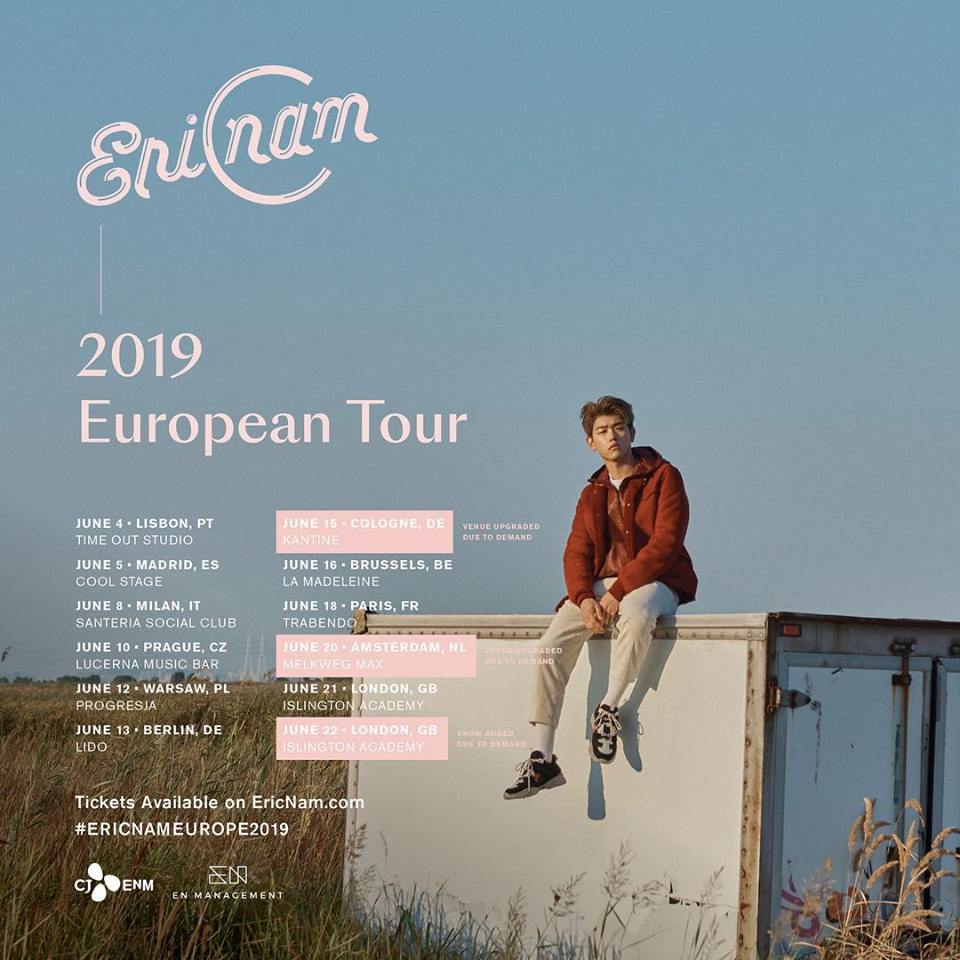 For most of the stops the tickets are already out, so check the Facebook official events for more details. The prices differs according to location and the tickets are quickly disappearing, so be fast!