For those in the United States, you’re in for a special treat!

On January 15th, Eric Nam had fans guessing where he would possibly perform upon announcing a U.S. Tour on his social media. After much anticipation, later on that day, the singer excitedly confirmed the cities he will be performing in, accompanied by an adorable selca on his official Instagram: 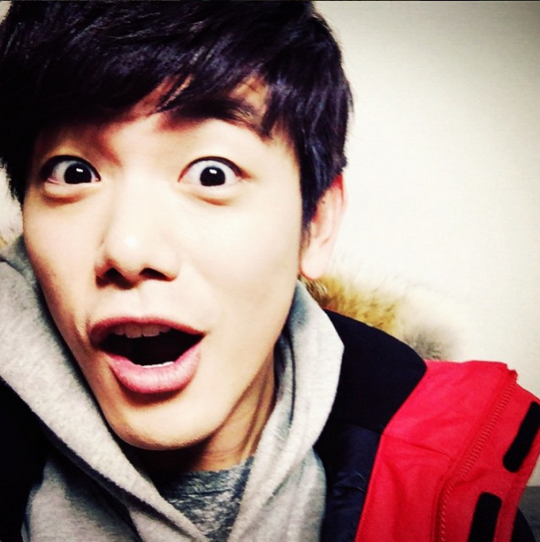 “My first ever US Tour will be hitting… NYC, Atlanta, Dallas and LA! Can’t wait to see you all!! Please spread the word! Regram, retweet, repost and recycle!!#EricNamUSTour #NYC #ATL #Dallas #LA #soflippingexcitedandnervousimightthrowup”.

The official tour dates are as follows:

Don’t miss your chance to get VVIP and VIP tickets through the current pre-sale on ERICNAMUS2015.TICTAIL.COM. Not only will you get to witness Eric’s raw talent live, if you purchase a ticket through this limited time you will get:

VVIP: Fan signing after the show + 10% off all merchandise

VIP: Hi-Touch after the show + 10% off all merchandise

General tickets however, will be available at a later date. 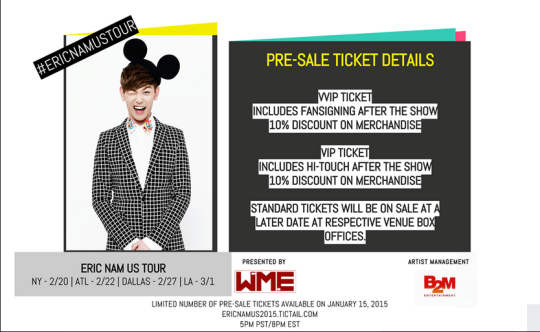