After leaving fans guessing who he might be collaborating with, Eric Nam have released another teaser image! This teaser image revealed who his partner will be! Was your guess correct? Check out the teaser below! 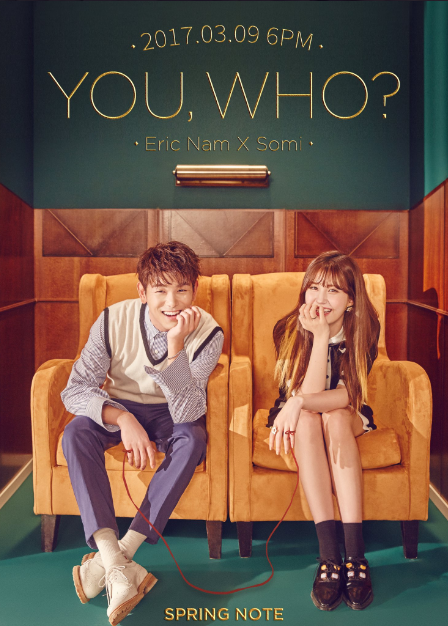 It is the one and only former I.O.I member, Jeon Somi! The two will be collaborating on the track, ‘You, Who?‘. This track is special because it will mark Eric’s new project for the year! The project is called ‘Spring Note‘ where he will be releasing a collaboration track every Spring.

‘You, Who?’ will be released on March 9th. Meanwhile, let us know what kind of song you think Eric and Somi will release!