Eric Nam Will Be Holding His First Solo Concert In Seoul

Eric Nam Will Be Holding His First Solo Concert In Seoul

For the first time since his 2013 debut, Eric Nam will be holding an exclusive solo concert, “A Heart Fluttering Confession” (translated), in Seoul.

Coming up on the 20th and 21st of June, Eric will be performing for his Korean fans at the Ehwa University Samsung Hall.

Tickets went on sale on the 21st, and according to his recent Instagram post, sold out within 3 minutes of being online. 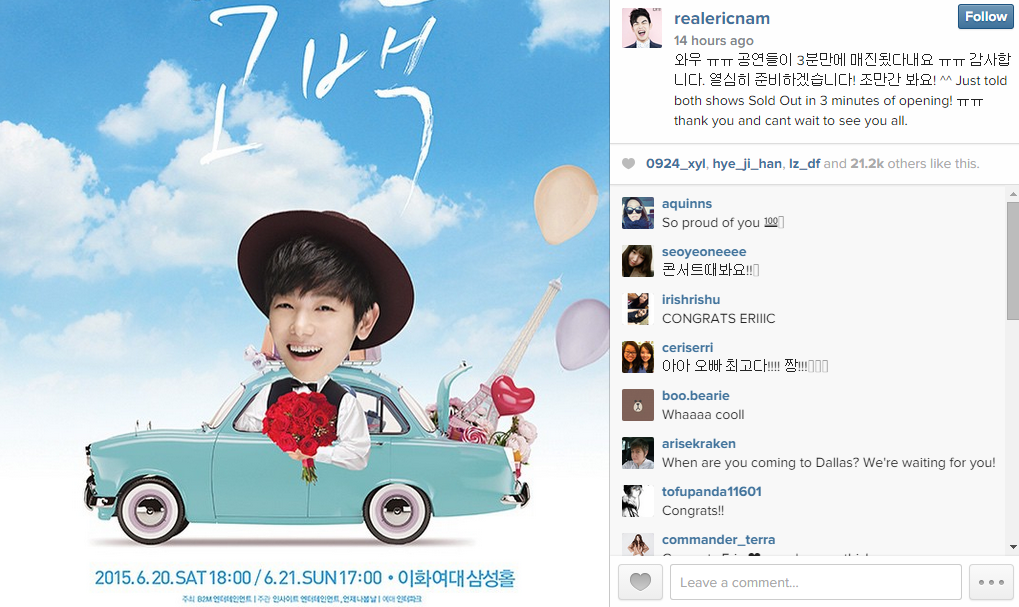 Looks like his fans are excited to finally see Eric perform! It’s a shame that his U.S. tour got postponed because of the crazy winter weather, but hopefully international fans will be able to see him one of these days!

In the meantime, please enjoy Eric’s latest music video for “I’m Okay” below.