EXID are renowned for being a group full of wacky personalities, and their latest teaser for mini album ‘Full Moon‘ is no different!

The five-piece group’s latest teaser takes the form of screenshots from a group chat! Check the images out below! 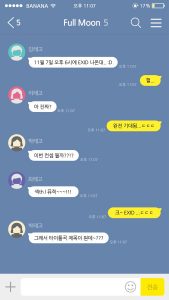 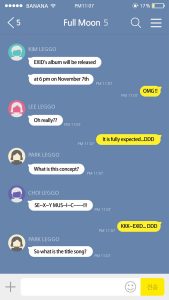 The screenshots show a conversation between the five ‘fans’ identified only by their surnames and their status as LEGGOs, or members of EXID‘s fanclub. The ‘fans’ excitedly discuss EXID‘s comeback plans, saying that the group will be returning with a sexy concept. The teaser stops short of revealing the name of the group’s title track, and was posted with the hashtags “TALK”, “find the hidden hints”, “sexy music”, and “LEGGOs‘ group chat”.

Do you have any idea what EXID‘s title track will be called? Let us know your best guesses in the comment section!

EXID will make their comeback with their fourth mini album ‘Full Moon‘ at 6PM KST on November 7!