That’s right! Having teased fans with their title track, as well as an album spoiler, EXID has finally dropped the ‘Full Moon‘ comeback schedule! So, check it out below! 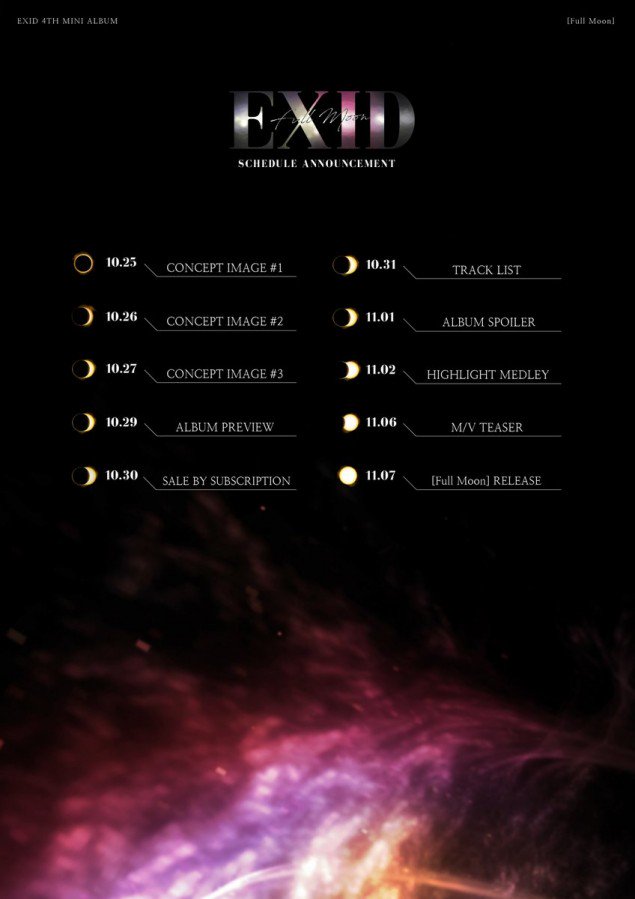 The girls have a lot prepared for the fans. This includes many concept photos which are revealed from October 25th to October 27th. They will drop an album preview on October 29th, following by a sale by subscription on October 30th. There will also be a tracklist revealed on October 31st, with an album spoiler on November 1st.

This is followed by a highlight medley on November 2nd and the music video teaser on November 6th. There is a lot to look forward to in the next few days!

EXID will make their hot comeback with their fourth mini album ‘Full Moon‘ on November 7th! Are you excited to see what the girls are up to? Let us know in the comments below!

Scroll for more
Tap
Broadcast details revealed for ‘Wanna One Go: ZERO BASE’ season two!
Juniel begins to tease for her comeback with her ‘Ordinary Things’ schedule!
Scroll
Loading Comments...