On November 11th, EXID released their first image teaser of Hani for their comeback. Their title track is ‘I Love You‘, and it will be released on November 21st at 6pm KST. They will also release their new album as a five-member group. Member Solji is finally returning to the group, so she will make her hot comeback with this album. We can expect more individual teaser images in the near future. 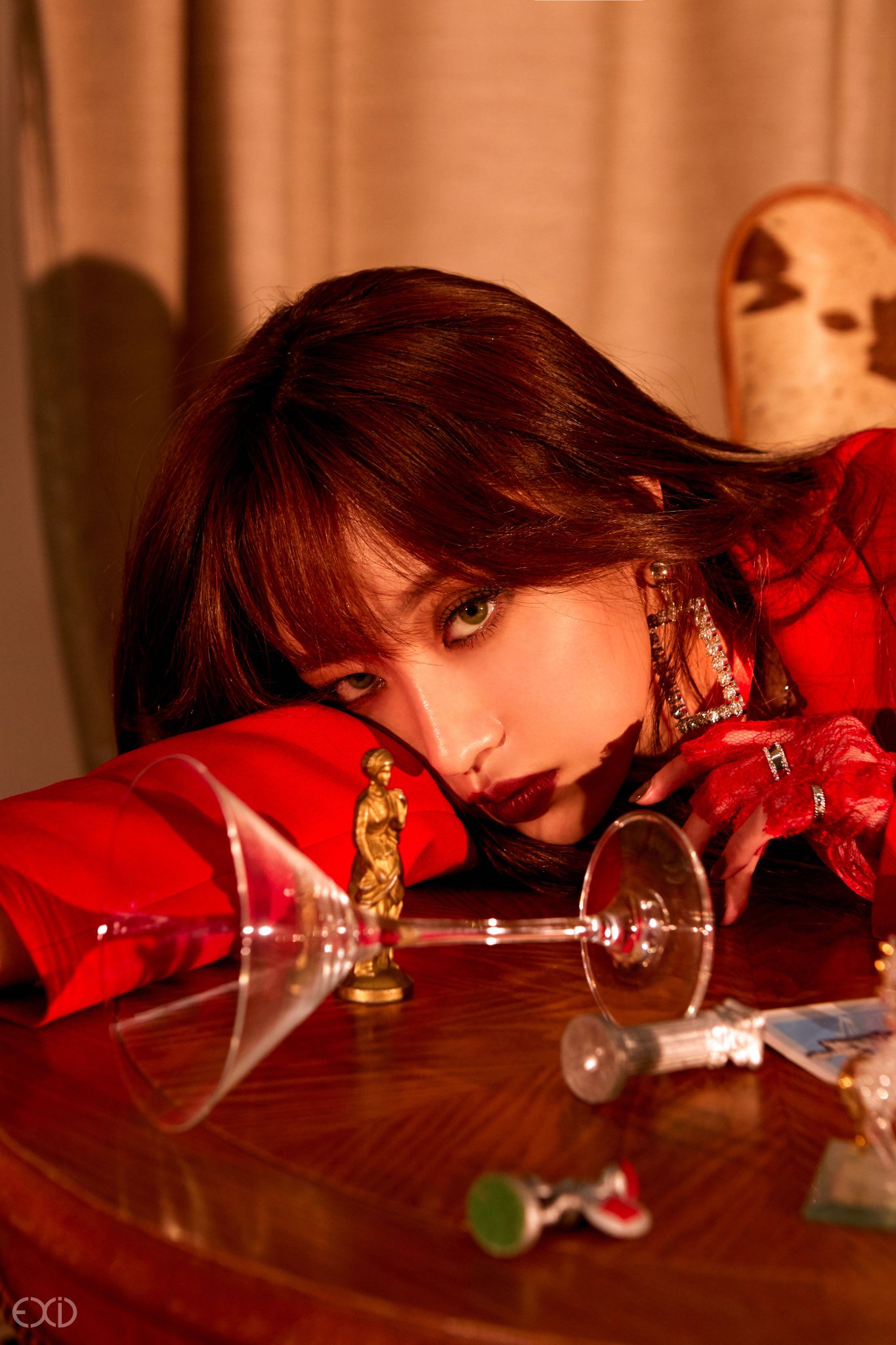 Hani looks stunning in red as she lies down on the flat surface of a table. Her makeup has been done to perfection, which enhances her gorgeous features. Other knick-knacks are lying on the table, such as a few figurines and a clear glass. She is also wearing luxurious jewelry that makes her look enchanting.

What do you think of Hani‘s teaser image for EXID‘s comeback? Let us know in the comments below.