When it comes to fan projects, without a doubt EXO fans aka, EXO-L‘s are experts. This time, in order to celebrate world famous South Korean boy group’s EXO’s fifth anniversary, fans are preparing very special project for their idols.

EXO officially debuted on the 8th of April, 2012 as a 12-member band under SM Entertainment with the song ‘MAMA‘. Since their debut, the boy group succeeded to attain huge popularity, not only in Korea and China but also globally. 2017 will be the boys’ fifth anniversary as a group. Therefore, EXO’s fans on the Chinese portal site Baidu are preparing to occupy 11 billboards in Times Sqare in New York on the 8th of April. All 11 billboards including iconic Reuters Billboard will feature a congratulatory message stating  “EXO 5TH ANNIVERSARY” in Chinese, English, and Korean. It will also include videos and pictures of the EXO members. The fact which is most interesting about this is EXO will be on not just one display, but on all the screens on the building.

This is not the first EXO-L’s purchased billboard space in Times Sqare. Previously, in order to celebrate EXO members’ Chanyeol, Lay, and Sehun‘s birthday fans got the chance to occupy billboard. 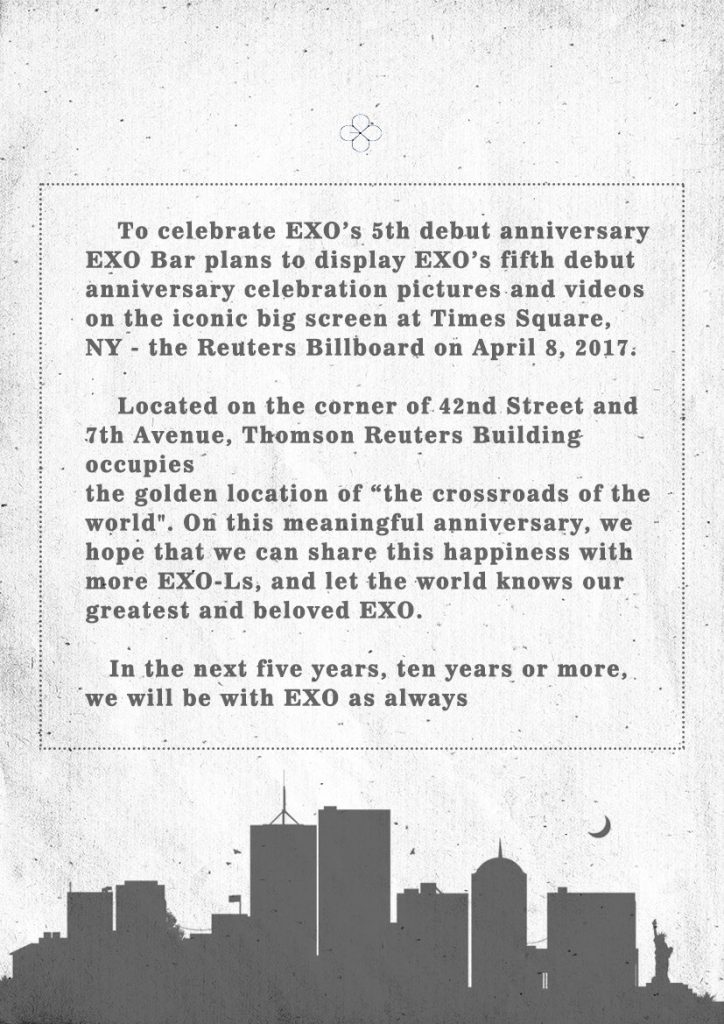 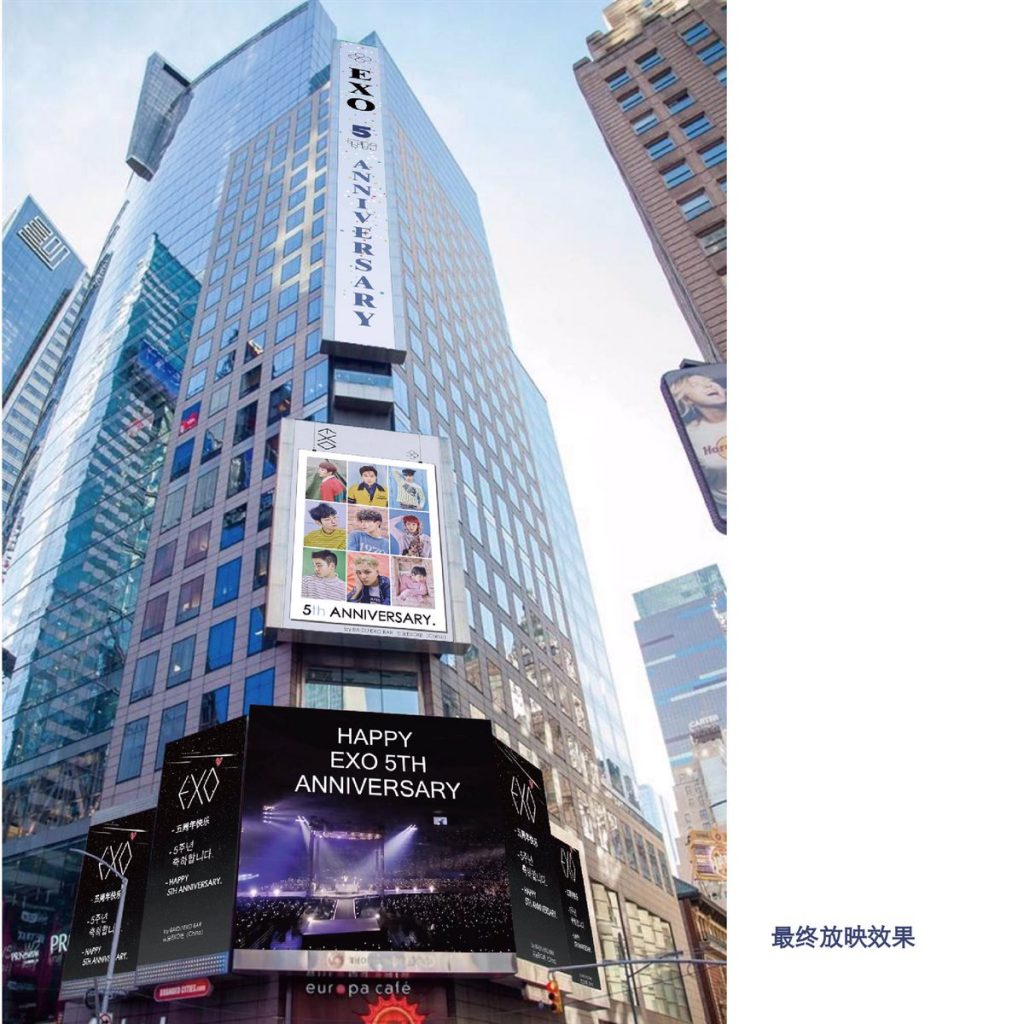 Aren’t EXO-L amazing? Let us know your thought about this in the comment below.