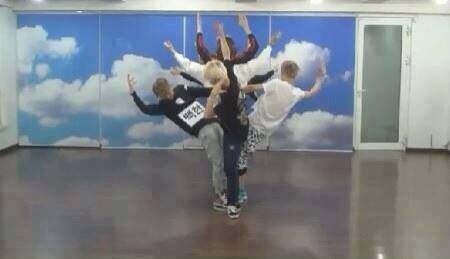 These photos were taken in the SM rehearsal rooms. It shows the boys possibly practicing their choreography. Could this be for “Wolf?”

On another note, an audio teaser was released for their newest single, “Wolf.” The beginning sounds the same, but near the end, it switches up. Listen to the audio clip here.

With one week until their comeback, excitement and anticipation are building. Are you ready, EXOtics?