You probably already know that EXO Sehun is starring in the upcoming web film ‘Dokgo Rewind‘, and to get us ready, an action filled teaser has been released.

Based on the popular webtoon of the same name, ‘Dokgo Rewind‘ tells the story of three boys from very different backgrounds who join forces to wage a war against school violence. EXO’s Sehun stars as Kang Hyuk, a fearless fighter who attempts to avenge his older brother’s death at the hands of high school bullies.

The new teaser begins with Sehun getting off his motorcycle and showing off his fighting skills, while his character Kang Hyuk is introduced as ‘Dokgo, the legend [who fought] 1 vs. 30’. Sehun explains in the voice-over that ‘Dokgo’ means ‘poisonous drum’, and ‘everyone who hears the sound of that drum dies’.

Cho Byung Kyu appears as former delinquent Kim Jong Il, described as ‘the loyal friend who left his gang of delinquents’. He taunts his opponents in a fight by saying, “Is this really all you’ve got? Then I’ll lower myself to your level and go easy on you.”

Ahn Bo Hyun stars as the third legendary fighter in their trio, a highly skilled former wrestler named Pyo Tae Jin, and he warns, ‘None of you will make it out of here today’.

The teaser also introduces Kim Sung Kyu (played by Lee Je Yeon), the highest-ranking delinquent at Dang Young High School.  He appears to be bullying a frightened Kim Hyun Sun (played by gugudan’s Mina) as he asks, ‘Do you want to go out with me? I didn’t say that I was going to kill you; I’m saying, let’s date!’.

Check out the teaser clip for ‘Dokgo Rewind’

Earlier some preview images of Sehun had been released from the set.  Both of the images portray feelings of tension and sadness.  In the first his face is bruised and battered and he is covered in dust, and in the second image he looks solemn as it appears that he is being interrogated. 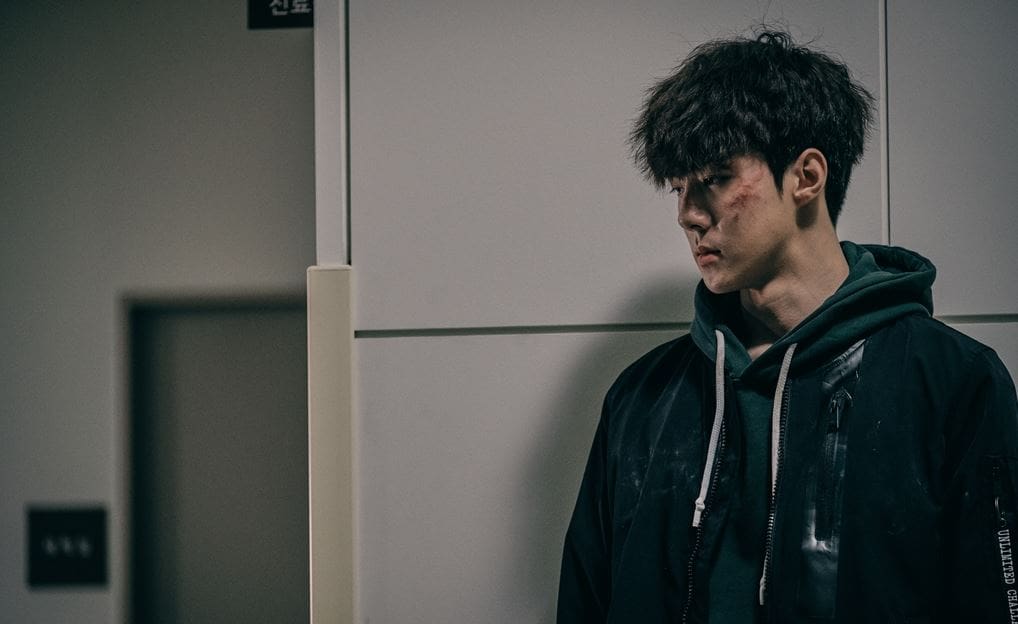 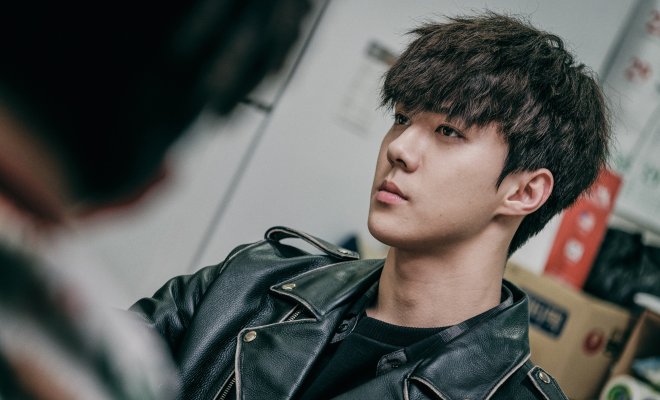 ‘Dokgo Rewind‘ is scheduled to air on September 7, when it will be released online on Kakao Page and oksusu.

What do you think of EXO Sehun‘s role in ‘Dokgo Rewind‘?  Will you be watching the web film?  Let us know your thoughts in the comments below.