EXO Talks About Their Win and Practical Problems

EXO Talks About Their Win and Practical Problems

Every time the 12 wolves burst out onto the stage, they always show their best and they practically demand attention with their howling charisma.

Let’s now get more deeper into the story of EXO, the mix of two separate unit groups who used to promote in Korea and China. 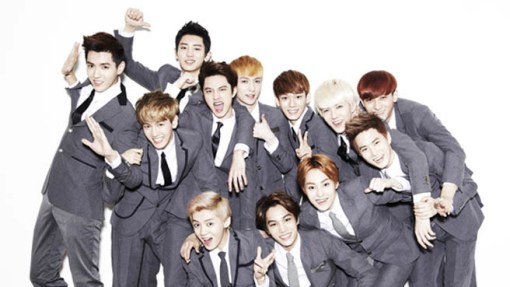 EXO made a comeback as one this year, after making their debut from SM Entertainment as two separate groups, with all 12 members promoting its 1st studio album ‘XOXO’ in Korea. Because of their joined forces, the new, big group managed to hit it big. Their album that sold over 300,000 copies in a market that had practically been staggering along, and even won the no. 1 trophy in all 3 main channels. As fans scrambled to listen to the group appear on the show, it also took down the servers for KBS 2FM Super Junior‘s ‘Kiss the Radio.’

The 12 boys of EXO were so popular and they weren’t like other idol groups that gave predictable answers – they were really as surprising as wolves.

At first, their looks will drew attention, plus their wit and skill with words. There are times that they were like mischievous boys, and at times they were passionate men.

You′ve won the trophy just a year after your debut. EXO has grown a lot, and you must′ve felt so emotional. You made issues when it looked like you were pretending to cry once.

Suho: “We were trainees for a long time before our debut, and we had finally become a candidate for the trophy. We were so nervous on whether we would win, and once we heard our name being called, what we had been through flashed before my eyes. My eyes met with the other members′, and immediately teared up. I was shaking so bad I couldn′t think of what to say, and I kept thanking our parents, President Lee Soo Man and the members (Laugh). I wanted to cry because it was a big moment, but I held my tears in because I had to give my speech (Laugh). Thanks to that, fans teased me that I was pretending to cry.”

What did you do after? You must have done something to enjoy that big moment.

Baekhyun: “We just took pictures with each other because we had practice the next day.”

Chanyeol: “We had some good jjajangmyeon and beef (Laugh). Our leader, Suho hyung, took his credit card out, saying he would get us a meal, but because over 30 of us were there our manager ended up paying. Suho hyung just paid for the beverages (Laugh). I think he′ll pay the next time we win first place.”

Did President Lee Soo Man say anything about your win?

Chen: “He congratulated us, and told us to always be modest.”

It seems this year is EXO′s year. It′s your first album, and you already have so many records under your belt.

Suho: “Thank you for saying that. I think we were lucky. We had been on hiatus for a long time, but during that time we worked hard on our album and gave our best efforts. I think our fans saw that, and helped us get all these records.”

Lay: “We were very attached to our songs and performances for our album, and our fans were also as interested, which helped us get these good results. I want to really thank them, even for talking about us a lot after news of our comeback first came out.”

Xiumin: “During the week after its release, our album sold 118,000 copies according to the Hanteo Chart. The viewer forum for KBS 2FM ‘Super Junior′s Kiss the Radio’ went down, and over 100,000 posts were uploaded. I can see how much attention we′ve been getting through that (Laugh).”

Kai: “Like the other hyungs said, we were lucky. It′s all thanks to not only our Korean fans, but also our fans overseas, especially fans in China.”

In the second half of their interview, the group talked more about practical problems.

You were six, but now you′re 12. There are probably more positive sides, but what makes you uncomfortable?

Baekhyun: “The good thing is that though we could put on good performances with the six of us, the stage seems more fuller with 12. I do feel uncomfortable when it comes time for us to wash (Laugh). We have five rooms and two bathrooms, and when we wash, two or three of us have to wash at the same time. That′s a downside but I′m happy about that too (Laugh).”

Chanyeol: “Since we′re so many people it′s hard to get us in one place (Laugh). We have to move in two separate cars and we′re hit with other uncomfortable issues, but I feel more energized and joyful since the 12 of us are together, and I′m always excited on the days we perform.”

Kai: “Since there are 12 of us, it′s hard for us to go on individual schedules, and we hit a lot of problems in our daily lives. Still, I feel there are more good things coming from the 12 of us together releasing our first album together.”

16 of you live together, including your four managers; who uses a room with whom?

Chanyeol: “The managers assigned us rooms. Baekhyun, Tao, Xiumin and I use the biggest room, and Luhan, D.O and Sehun share a room. Then Kai, Chen and Suho take up a room, Kris shares his room with managers and Lay also shares a room with managers. We have five rooms and two bathrooms, and like I said before, two or three of us have to use a bathroom at the same time when we wash.” 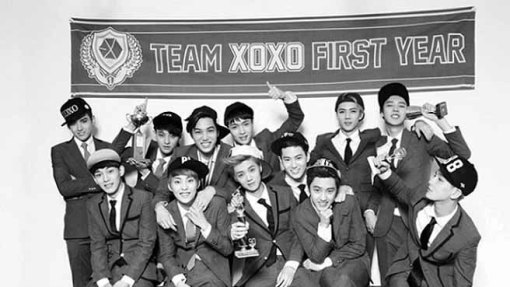 What does ′Wolf′ show about EXO?

Chanyeol: “Since we′re supposed to be wolves, we run around onstage like strong wolves. We also appeal with our puppy-like charms when we′re not onstage, though.”

D.O: “The song was a new type as well as the choreography. We put it onstage because the genre was one that not many others had tried, and the reviews were good.”

Chen: “Since 12 of us have to sing we have only short parts, but our dance can express each member′s charisma without any limitations. It′s a song that helps each member′s color shine, with the choreography also emphasizing each member′s individual charms.”

What does EXO do in its free time? Any hobbies?

Xiumin: “We live close to Hangang, so we often go biking or play basketball. We like to play soccer and badminton too, and at night we go shopping.”

Chen: “I like to exercise, and at times we just go biking. I′m happy when we′re together.”

Kris: “On weekends or whenever we′re free I cook, but these days since there are 12 of us we usually go out to eat or order deliveries.”

What are your ideal types?

Chen: “I like people with beautiful eyes. My ideal type is someone with giant and pretty eyes.”

Sehun: “I like Miranda Kerr. She visited Korea a while back and I was sorry I didn′t get to meet her (Laugh).”

Baekhyun: “I like cute and round styles, who aren′t too skinny.”

Chanyeol: “My ideal type has to have the same taste in music as me, and also a similar sense of humor. I haven′t spoken with many women so I can′t pick out any one, but for looks, my ideal type is Scarlett Johansson.”

Kris: “I like women who is as beautiful as an angel (Laugh).”

Xiumin: “I don′t fall in love at first sight. I like people who I know can understand me.”

Suho: “I like literary women with long hair. I would like it if her face is small and pretty (Laugh).”

Luhan: “For looks, I like women who have long hair, are quiet and have white skin, but what′s most important is that we understand each other.”

D.O: “I like women who laugh easily. My ideal type in terms of foreign actors is Amanda Seyfried.” 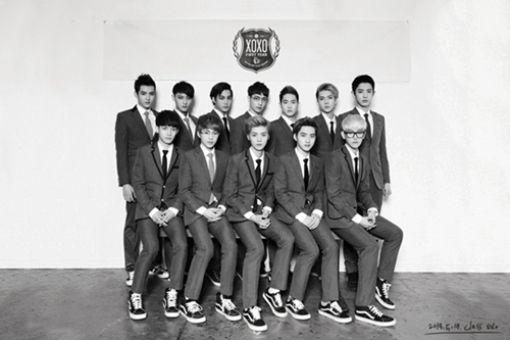 How far does EXO plan to go this year?

Suho: “Since we won the rookie award last year, we have higher hopes this time. I want to stand somewhere higher than we did last year with our rookie award, and next I hope we hold an exclusive concert, and the year after that I hope we can go on an Asia tour. It′s great to see our seniors go on world tours, but that′s our plan for now.”

Chanyeol: “Our biggest goal is to become an icon in Korea and China. I want to work hard to prove that EXO will have no end.”

Kai: “I missed the stage a lot because we had been away from it for so long after MAMA. I′m really happy right now, and it′s fun since it′s the first time all 12 of us are promoting in Korea.”

Chen: “I want to work hard like a rookie every time we make a comeback, and become recognized that way.”

Scroll for more
Tap
Kaeun and UEE Take a Selca Together
‘Who Are You?’ Teaser Shows Taecyeon and So Yi Hyun’s First Meeting
Scroll
Loading Comments...