EXO‘s main dancer Lay will make his debut in the U.S. on October 19th! Lay will release his third album ‘NAMANANA‘, consisting of 22 songs in total. 11 songs are in Mandarin, but these songs will have English versions as well. Lay has also opened his official website, which you can check out here. He has not been active with EXO since their comeback in which ‘Monster‘ was the title track.

Since his solo debut, Lay has already released two albums. His debut EP ‘Lose Control‘ was released on October 28th, 2016. His second album ‘Lay 02 Sheep‘ came out last year on October 7th. Lay has achieved huge and global success in his musical career so far, which is why he is expanding into the American market now.

Check out EXO’s Lay’s poster for ‘NAMANANA’ below! 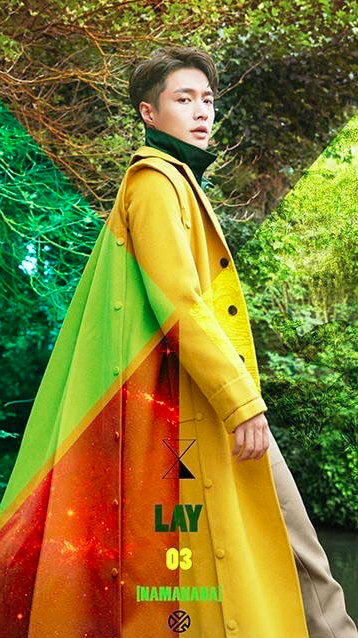 Lay looks majestic and classy in this poster for his upcoming third album. The colour scheme involves a lot of yellow and green, and the poster has triangle patterns in the middle. This is related to his new logo, as his new official website displays an hourglass shape. It also has his stage name ‘Lay Zhang‘ written on the top left corner.

What do you think of Lay‘s website and poster for ‘NAMANANA‘? Are you anticipating this EXO member’s solo comeback on October 19th? Let us know in the comments below!