On October 11, 2016, EXO/EXO-M, member Zhang Yixing (Lay), fainted at the airport in Incheon, South Korea. He and the other members of EXO (minus at the time D.O.), were about to board the plane to head to their scheduled EXO’rDIUM concert in Japan. 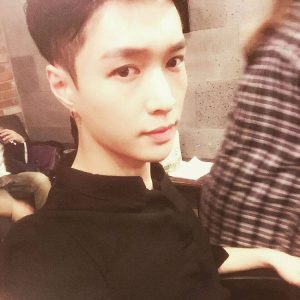 (Picture of Lay from his birthday)

EXO-L’s quickly went to their social media accounts and posted pictures of the unconscious EXO member, being carried away on a stretcher and was heading to a local hospital, where he was treated and released back to the dorm to rest.

SM Entertainment management and Lay later determined that he was well enough, after some rest, to join the others in Japan for their concerts on October 12 to the 13th.

He, along with D.O., traveled to Japan on the 12th and joined the others in time for the concert.

A couple of days ago, Lay wrote on his personal Weibo account, “Thank you all for your troubles. I came to Chengdu for the first time in a while and I miss you all so much. Everyone, please stay safe. I too will make sure to sleep well from this point forward.”

We all hope he is doing much better and is taking care of himself and getting so much needed rest.