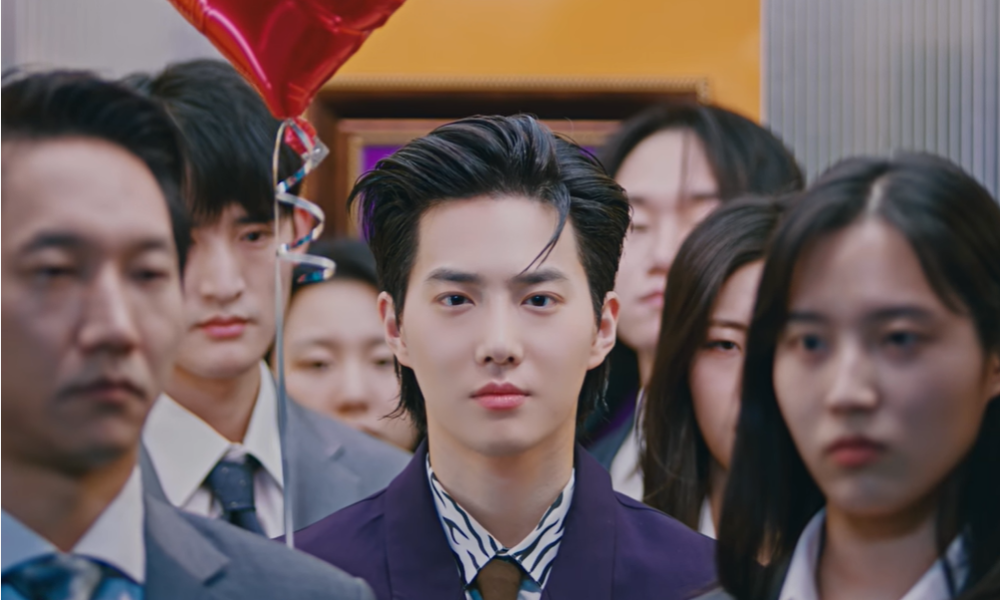 On April 6th, EXO‘s SUHO dropped the MV teaser to his track, ‘Hurdle’. The track comes off his recently released 2nd solo mini album, ‘Grey Suit’ which features the identically named title track. He last released solo material back in 2020 with his debut EP, ‘Self-Portait’ before having to enlist into the military. Completing enlistment in February this year, the group leader has taken little time to repay fans with this long-awaited return.

The MV teaser shows the ‘Let’s Love’ singer in a purple suit in the office. Not focusing on work, instead he opts to rock on with a mini electric guitar. He definitely stands out from the rest of conforming crowd as his boss also tries to hilariously tie him up for misbehaviour with film from cassettes.

How do you feel about the album? Let us know in the comments below!

Scroll for more
Tap
ILY:1 blossom in the debut MV teaser for ‘Love in Bloom’!
CLASS:y open us to their universe in a new debut teaser!
Scroll