according to a post on gurupop.com, they don’t know the exact accuracy of the list, but here is the tracklist for EXO‘s upcoming album, “XOXO (Kiss & Hug): 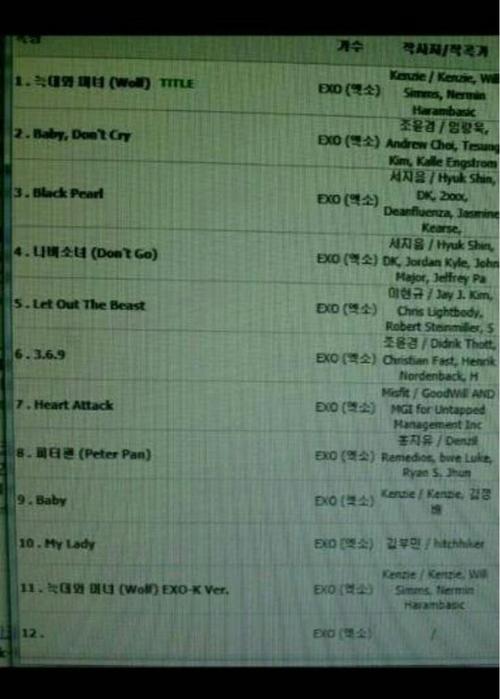 5. Let Out The Beast

The lead single that will be promoted on the album will be “Beauty and the Wolf (Wolf).”

Their album will be released on June 3rd, after several days of promotion on various music shows starting on May 30th.