‘Fanta’ carries on with the concept ‘birth of fun and wild idols’ with the three stars who form the ‘Fanta-stic Idols’ group from ‘Fanta Entertainment.’ Lee Kwang Soo is the CEO of the agency, as well as the leader of the group in the CF’s. Also to participate in the campaign as the staff for the debut of this group will be consumers. 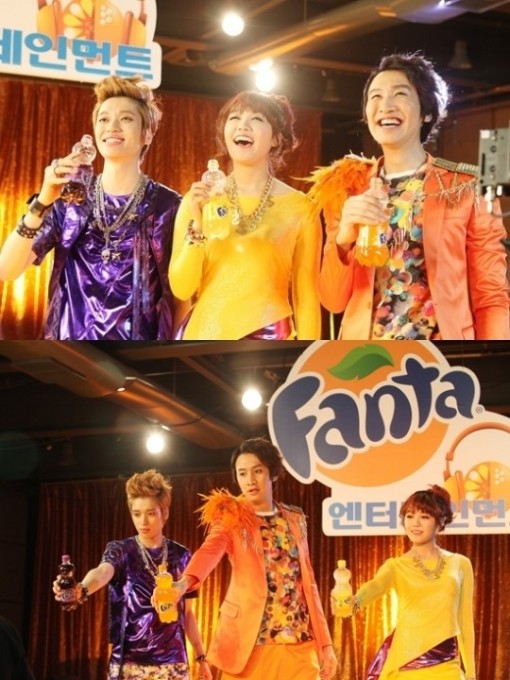 “Lee Kwang Soo is the exotically friendly orange flavor, Eunji is the sweet yet bubbly pineapple flavor, and Niel represents the various charms, including the dancing and singing wit, of the grape flavor. We anticipate that the ‘Fanta’ brand will have a more refreshing and effective image to the consumers,” Coca-Cola stated.

This June, the debut music video for ‘Fantastic Idols’ shall be released! Don’t miss the first set of advertisements which are now out, they are extremely hilarious!