For quite a while now, Far East Movement have been releasing news on their collaborations with various K-music stars from Exo’s Chanyeol, to Girls’ Generation’s Tiffany, and even rapper Yoon Mi-rae. They finally unveiled their full album on streaming sites, and showed off their K-Star studded tracks!

Far East Movement rose to fame with their track ‘Like a G6′, back in 2010. The group consists of four members of Japanese, Korean, Chinese and Filipino descent. 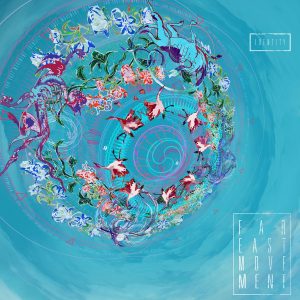 The album, titled ‘Identity’, consists of eleven tracks, a few of which have already been released as singles with their own music videos. Title track ‘Fighter’ features rapper Yoon Mi-Rae, who made her name for herself as one of K-Hip Hop’s best. The song is quite fitting for the American-born rapper, as the music video focuses on the hardships of Korean immigrants in the United States. The music video was reportedly shot in Los Angeles and Seoul, while the lyrics are quite uplifting.

Next up, is ‘Freal Luv’ which featured Exo’s rapper Chanyeol and singer, Tinashe. Not only did Chanyeol pleasantly surprise his fans with his English rap, but the video itself was also quite impressive. The music video was shot partly in Shanghai.

You can check out more of the tracks on ‘Identity’ here.

Have you had a listen to some of the songs on this album yet? What do you think if Far East Movement’s collaborations with some of our favorite artists? Let us know in the comments below!