FNC Entertainment is planning to debut a brand new boy band in May! HONEYST will be debuting with four members.  Their name is a combination of the words “honey” and “artist“. FNC Entertainment is the same company that is home to AOA, CNBLUE, FTISLAND, SF9 and N.Flying.

The group was part of FNC’s rookie training program, Neoz School. They appeared on the show ‘Dance or Band‘ where they lost to SF9, who ultimately got to debut first. HONEYST has built up lots of experience and has been performing in Hongdae. Check out their cover of AOA’s ‘Heart Attack’! 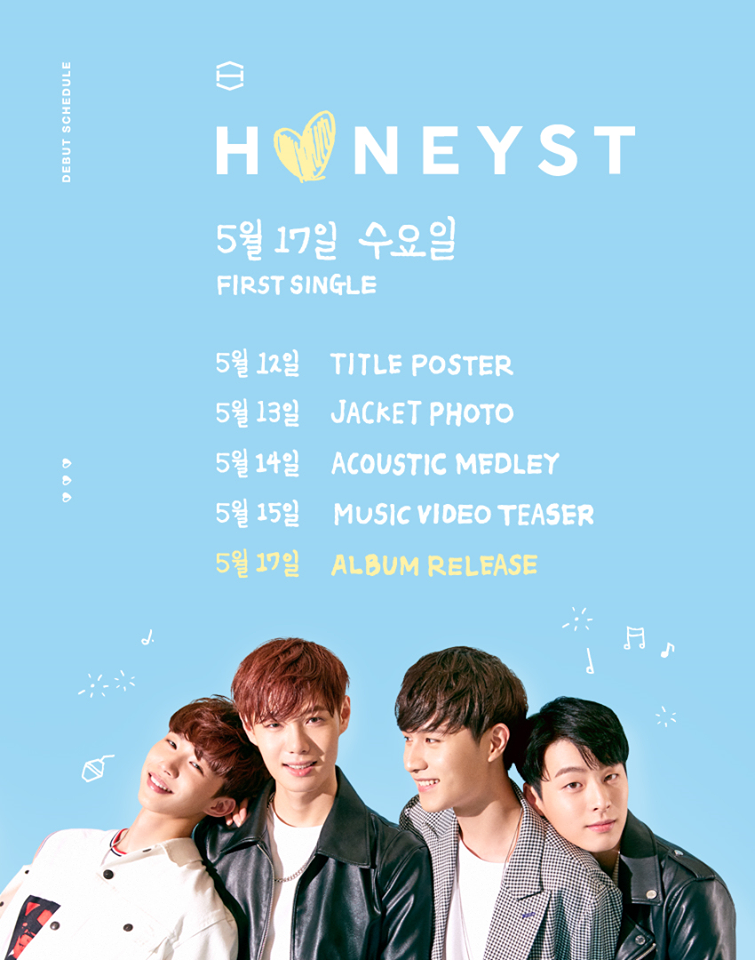 The group is scheduled to release their first album on May 17. FNC Entertainment stated that the band will have an acoustic sound. We wish HONEYST the best of luck with their official debut!