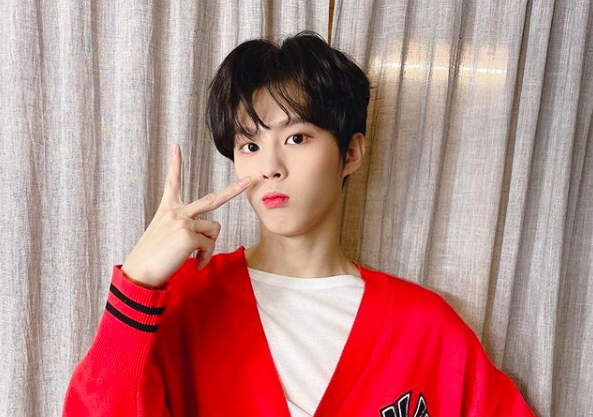 UP10TION member and former X1 member Kim Wooseok will be making his solo debut on May 25th! Following in the footsteps of Jinhyuk, who he competed on ‘Produce X 101‘ with, he will be putting his promotions with UP10TION on pause and focusing on his solo career. Check out the scheduler for his solo debut below!

The scheduler has a striking red theme and depicts a small clock at the top left corner. There will be three versions, which are his initials, of which there are different official photos and short films. Fans can also look forward to a lyrics photo, two MV teasers, track list and highlight medley.

Since X1‘s disbandment in early January, Wooseok has been busy with his own variety shows and appearing on shows like ‘King of Masked Singer’. He has recently been cast in the web drama ‘Twenty Twenty‘ that will be broadcast in July.

What do you think about Wooseok‘s scheduler for his solo debut? Let us know in the comments below.