FTISLAND are certainly full of surprises!

Only a week ago, we thought that we were getting a Korean comeback – and that’s still not out of the question, in my opinion anyway – but, they’ve announced a Japanese comeback and tour for August and September this year.

The new track to be called ‘Pretty Girl‘ will be the group’s 18th Japanese single and is reported to be dedicated to Primadonna‘s around the world.  It’s a song that has been written by Hongki himself.

‘Pretty Girl‘  is scheduled for release on August 22, but we’ve already got the first teaser clip.  It’s only a short 19-seconds long, but we get distinct late-summer vibes from the track.  It has a fresh, vibrant, laid-back tropical feel to it, but there’s almost a hint of reggae involved.  I guess we’ll just have to wait and see what they have in store for us.

The imagery and concept matches perfectly with the tropical late-summery feel of the teaser.

There will be four versions of the ‘Pretty Girl’ single album released.

‘Pretty Girl‘ Limited Edition A will include the CD (three songs), a DVD (‘Pretty Girl‘ MV and the making of video) and one of six FTISLAND trading cards. 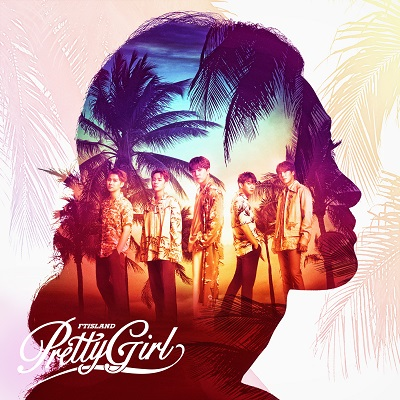 ‘Pretty Girl‘ Limited Edition B will include the CD (three songs), a DVD (FTISLAND Arena Tour 2018 – PLANET BONDS Live at NIPPON BUDOKAN) and one of six FTISLAND trading cards. 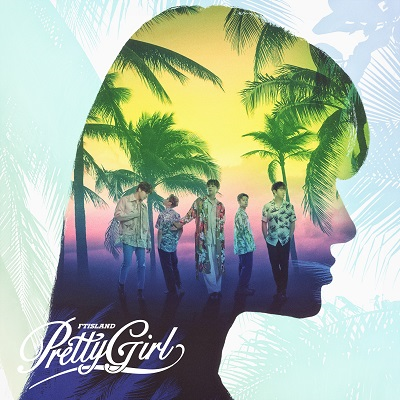 ‘Pretty Girl’ regular edition will include the CD (three songs), and one of six FTISLAND trading cards. 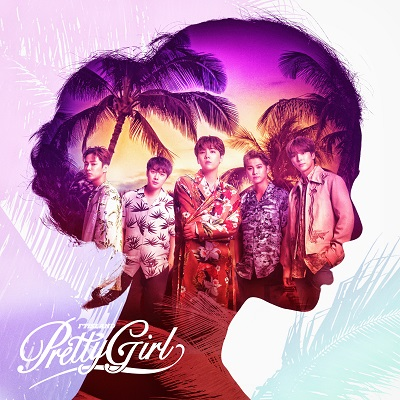 ‘Pretty Girl’ Primadonna edition will include the CD (three songs), and FTISLAND ‘Pretty Girl‘ photo album and one of six FTISLAND trading cards. 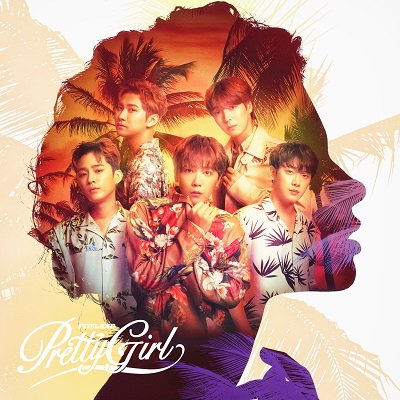 Now if that isn’t enough FTISLAND for you, they’ve also announced Japanese tour dates in support of the ‘Pretty Girl‘ release. 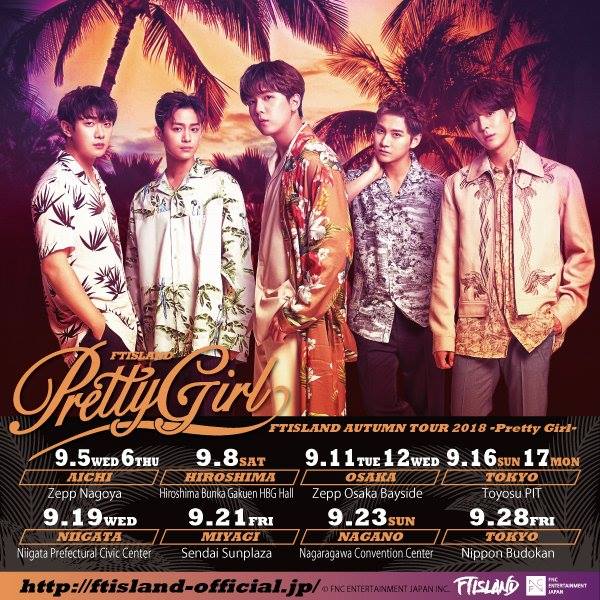 FTISLAND‘s 18th Japanese single ‘Pretty Girl‘ is scheduled to be released on August 22.

What do you think of the news of the Japanese comeback for FTISLAND?  Were you surprised by the news?  Let us know what you think in the comments below.

Written and edited by Narelle – who you all know thinks Lee Hongki has the best voice in music – anywhere!