On March 6th, the singer posted on her personal me2day account, “Maybe we’ll see each other more often now” along with the two pictures posted below. It can be seen from the photo that the singer is wearing a huge black hoodie as she playfully bends low while making a cute expression towards the camera. 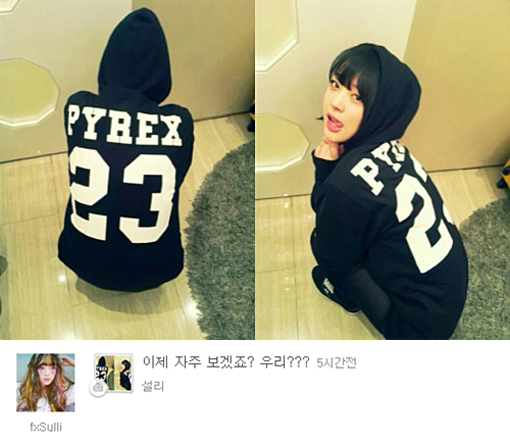 Upon seeing her tweet, f(x) fans put their attention into it and they guessed that Sulli is hinting a comeback of the group. Although nothing has been confirmed or announced yet about the group’s comeback, fans are still excited to see f(x) on stage again because it has already been 9 months since they released “Electric Shock“.