What are G-Dragon’s Favorite Clothing Brands?

What are G-Dragon’s Favorite Clothing Brands?

BIGBANG‘s leader is a real fashionista – everyone knows that. Devil wears Prada, and what are G-Dragon‘s favorite clothing brands?

Being such a style chameleon as he is, it is only natural that the list of favorite brands is also changing all the time. Saint Laurent is one of the brands that made it to the list, because G-Dragon is a ‘huge fan of creative director Hedi Slimane.’ 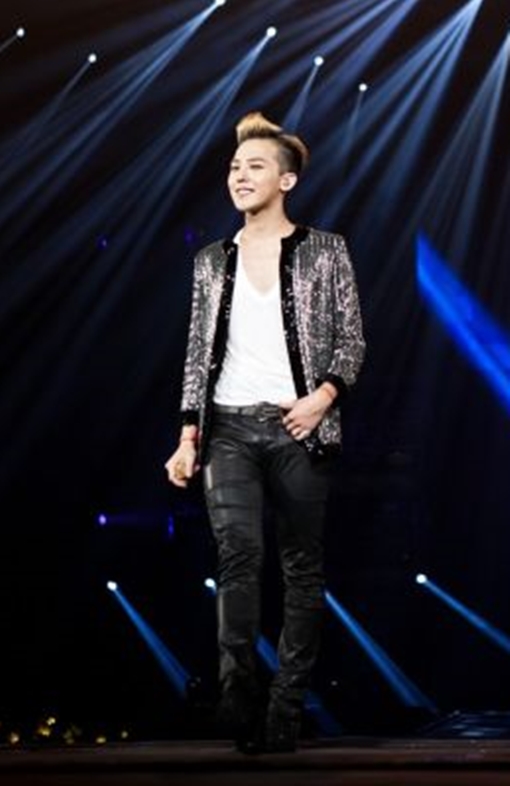 He also picked Rick Owens as a brand he usually wears. G-Dragon explained, “There’s this certain sense of hip-hop in his clothes. It’s really dark and when you look at his shows—the music, the stage, and everything is just so well put together.” He also added, “Another thing I would say that’s really great about [Rick Owens], is that once you start wearing the pants, you don’t want to take them off. They’re so comfortable and they look so nice.” 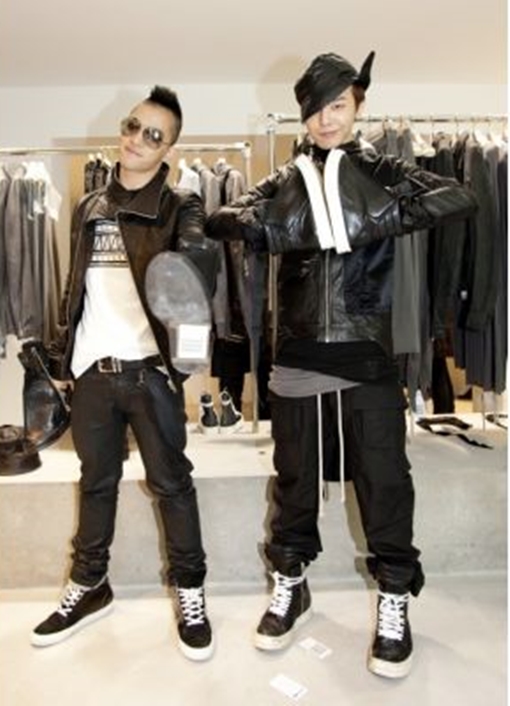 If you have seen G-Dragon’s MV for ‘One of a Kind’ you have probalby noticed that he is a fan of Chrome Hearts (so is his BFF Taeyang and his labelmate, 2NE1‘s CL). The artists admitted that he hates the fact that the brand’s clothes are being sold for way too much, but he also confessed that he cannot restrain himself from buying more and more. 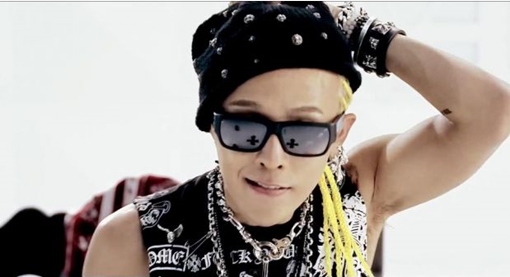 G-Dragon is also a big fan of Thom Browne and if you have ever seen any photo of him wearing a suit, it was probably by the Browne. Because of his very small physique he finds it difficult to find a perfect suit for him. However, Thom Browne  has all the right sizes. 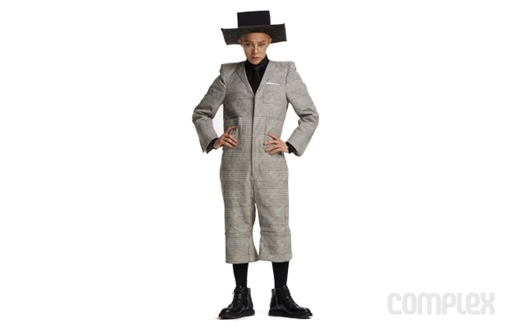 Thanks to Yanggeng‘s (childhood friend and 2NE1‘s stylist) influence, G-Dragon has also began to like High-End Brands. He stated, “After a certain point, I just can’t wear stuff with excessive logos. I just look for stuff without any logos or marks.” 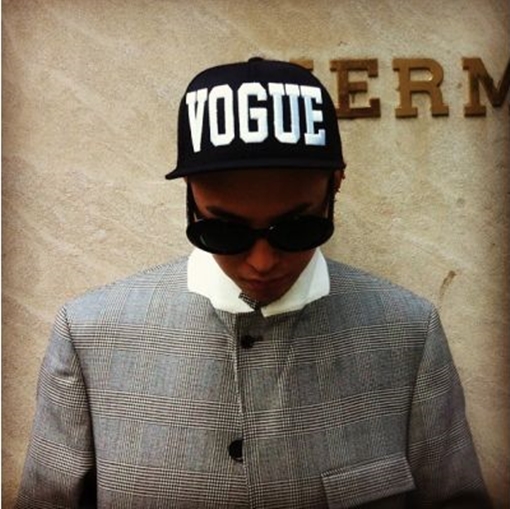 Ambush has also made to the list because of its flashy and outstanding products. G-Dragon is also really good friends with Ambush husband-and-wife founders, Verbal and Yoon. 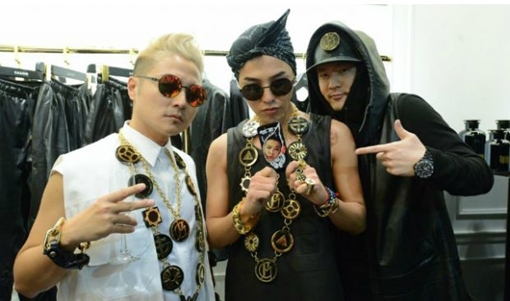 Because of Choice37, YG Entertainment‘s producer, G-Dragon became a fan of Human Potential. He shared, “Their latest products have these prints with metal chains connected and intertwined. When I’m in the studio or the office, I usually wear Human Potential stuff. The clothes are really light, and it’s really comfortable.” He has also revealed that he is trying to help the brand as much as he can, because it belongs to Choice37’s wife, YK Rebekah Kim. 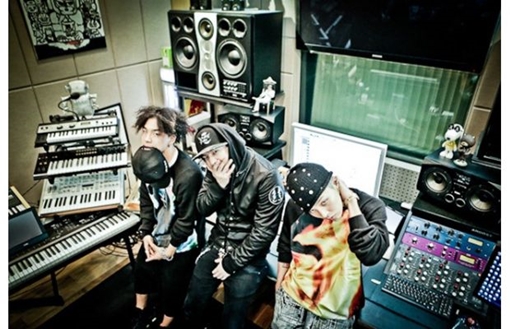 G-Dragon is trying to promote fellow Koreans as well, as he really likes JUUN.J‘s clothes. He shared, “The clothes are really well put together, too. So as a result, I started to purchase more pieces by him. And they’re also very hip-hop. They do stuff that’s out of the ordinary, a bit more left field. Taeyang and I both wear a lot of their stuff. Taeyang was in Paris for the latest show and he told me it was really awesome. For now, I think I would say JUUN.J stands out to me the most out of all the Korean brands.” 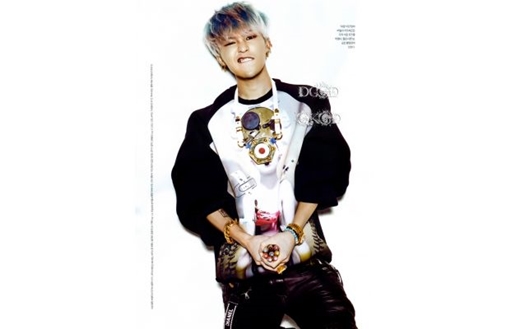 Here comes the top 3 starting with En Noir. G-Dragon explained, “I’m a fan of leather these days, whether it’s leather pants, leather hoodies, or leather jackets. So I tried out En Noir, and the fit worked for me. I wouldn’t say it’s a brand I really love, but I enjoy wearing it. And it’s a brand that’s new and popular for the time being, so I wanted to give it a try.” 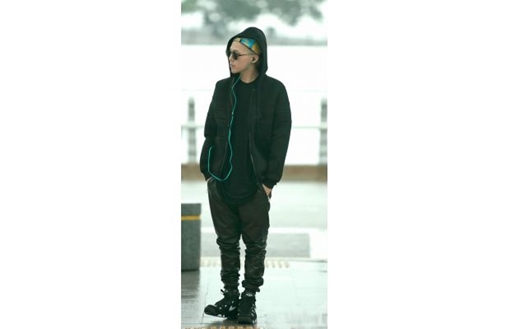 Second place goes to the new brand Pyrex/Hood By Air. G-Dragon honestly revealed, “Since Pyrex and Hood By Air are new brands that are out at the moment, I just wanted to purchase them and try them out. Before, if you bought it, you bought it—whatever. But now, whether it’s through Instagram or whatnot, once the photos circulate, the people behind the brands start to take notice. And if they approve of it, they’ll just send a bunch of stuff. We end up doing collaborations, and it works out like that.” 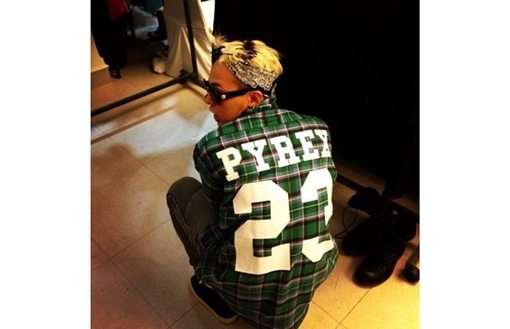 G-Dragon picked… Dongdaemun Market, famous shopping district in Seoul known for high-quality knockoffs, as the ‘brand’ he loves the most. Why? Because he “likes clothes in general, so it doesn’t matter what kind of brand it is.” The rapper shared, “I still go to Dongdaemun Market. I go when they can’t recognize me.” 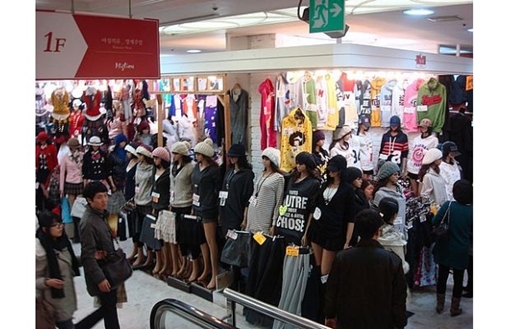 “A long time ago, I went to Dongdaemun with Kush and Teddy. We came across a store and it was nothing but photos of BIGBANG and me. All the clothes were based on stuff we wore, but in so in many different color coordinations. Even pieces that only came out in one colorway, this store had it in every color possible.”

“I remember walking by the store going, ‘Wow, this is crazy.’ And then the store’s owner popped out of nowhere and grabbed me by the arm and said: ‘Hey, you have a similar figure to G-Dragon. Why don’t you come into our store. We have clothes in every size.’

Scroll for more
Tap
G.O. From MBLAQ Thinks His Chest Hair Is Super Charming
INFINITE Takes the ‘ONE GREAT STEP’ to the USA!
Scroll