Just this morning, G-DRAGON released an additional teaser image of a filming set on his official Instagram account, adding fuel to the already frenzied VIP fan-fire! He already posted two images last night for his 14.1 million followers, the first of some seriously intense special effects makeup, and the second, standing gritty and shirtless in an alley, replete with  shaved sides, a scalp tattoo, and a tangled black mohawk. G-DRAGON’s unrivalled ability to transform for a concept is clearly well on the way to being reinforced yet again with his latest comeback! 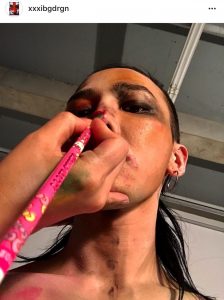 YG Entertainment hasn’t confirmed yet if the images are from last week’s filming or for upcoming promotion, but VIPs are hyped to be getting a taste of what’s on the very near horizon! You can read more about G-DRAGON’s June comeback in our original article here. 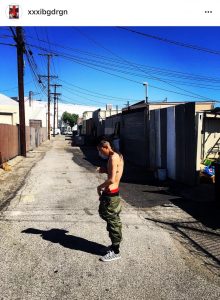 Head over to Facebook and join our G-DRAGON’s 2017 World Tour <ACT III: MOTTE>World Tour in Australia event page, to get instant updates about his World Tour! And as always, stay tuned to Officially Kmusic for the latest in k-pop, culture, events and more!