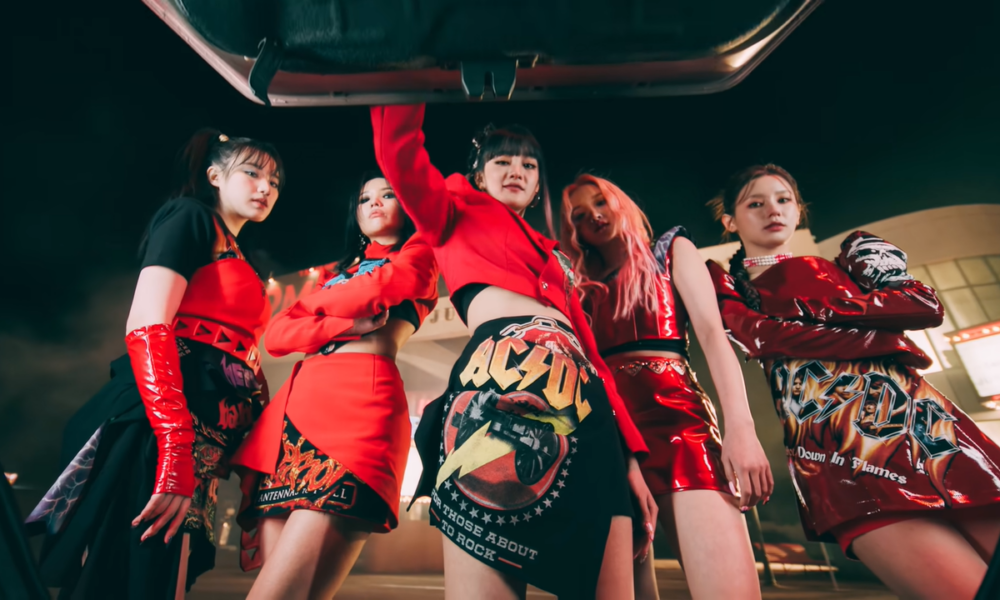 On March 14th, (G)-IDLE released the music video to their latest title track, ‘TOMBOY’. The song comes off their simultaneously released their full album, ‘I NEVER DIE’. The album contains 8 tracks and marks their 1st full album since their 2018 debut.

Rock is slowly taking a grip with girl groups title tracks and the members here use their deep vocals effectively especially when the guitar rips through the chorus of this track. Similarly, the MV shows the members exude an upgraded level of charisma. With the bold red and black colour scheme, the girls are ready to stake their territory and won’t take no for an answer.

Fans of the Cube Entertainment group have waited for over a year for the now quintet. Their last comeback was all the way back in January 2021 when the sextet dropped the historical concept single, ‘HWAA’. Ever since then, member Soojin left the girl group and the company following bullying accusations in her schooling days.

How do you feel about the group’s reformation and long overdue comeback? Let us know in the comments below!

Scroll for more
Tap
JAY PARK frantically tries to scout IU in his ‘GANADARA’ collaboration MV!
STRAY KIDS prove to be a ‘MANIAC’ in their daring MV!
Scroll