On an episode of ‘Radio Star’, G.NA guested on the show and impressed with some of her photos from her previous photoshoot.

The MC asked, “Was it photoshopped?” and G.NA answered, “No, it was not,” showing her confidence with her glamorous body.

Then the MC focused on her legs and said, “Your legs are like mannequin legs” and G.NA honestly replied, “That one was photoshopped” which brought the set into laughter.

She also revealed on this episode that she didn’t have breast surgeries.

Do you want to have a body just like her? 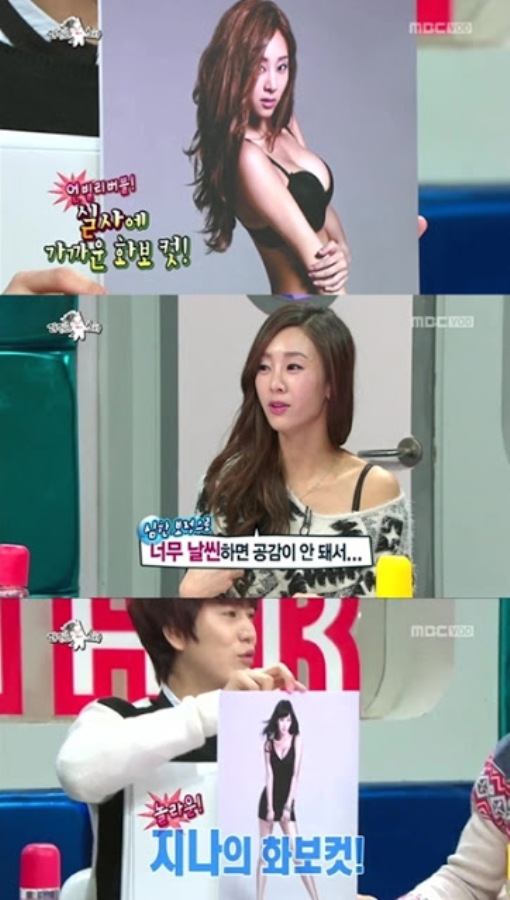 Article by Kim
Edited by: Alona