G.Soul and Miss A’s Min Confirmed to be Dating!

G.Soul and Miss A’s Min Confirmed to be Dating!

Miss A’s Min and R&B artist, G.Soul, confirm they are dating. Both artists are under the same label JYP Entertainment, who has also confirmed that the two artist have been seeing each other for a while. The entertainment agency released this official statement:

“The two have known each other since they were in the U.S. a while ago, preparing to debut,” JYP Entertainment said in a press release. “They remained close after moving to Korea.” It added that they recently committed to a serious relationship.

“We hope fans will give them warm support,” the agency said.

The new couple were each others support system when they traveled back and forth from the United States to South Korea during their trainee days. So, it is to no surprise that the couple within the company became much stronger mentally but emotionally and developed feelings for one another. 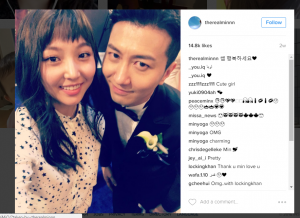 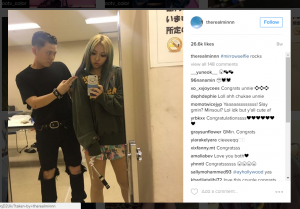 Min and G.Soul have always stayed by each other side, with Min even capturing some images of the two on her social media Instagram account before the news ever broke out. The couple have known each other for 13 years. They first appeared on various singing variety shows on SBS network and caught the eye of Park Jin Young.

Are you as excited and happy for the friends to lovers couple? Let us know in the comments below!