Recently, Brown Eyed Girls’ Ga In announced that she will be coming back this month with her next solo album, “Hawwāh”.

Further news reveals the featured artists on it like Dok2, Jay Park, Wheesung, and Mad Clown.

On March 4th, APOP Entertainment made the statement that, “Jay Park, Dok2, Mad Clown and Wheesung participated in Ga In′s fourth mini album “Hawwāh” which will be released on March 12th. Everyone will be quite satisfied with the synergy created between Ga In and the four leading men of the music industry.”

The artists listed were not just featured on the album, but have also participated in the lyrics and the production of this album as well. 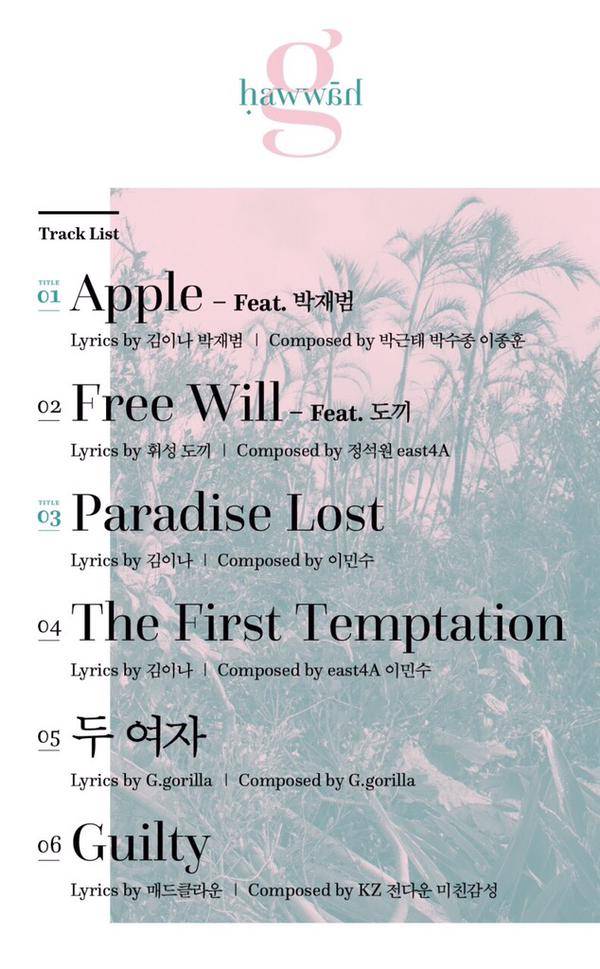 “Apple” and “Paradise Lost” have also been said to both be the album’s title tracks, to which Ga In has now released previews for and can be watched in the videos below!

The two videos have completely opposite concepts which has me thinking that “Apple” is to represent before Eve bit the apple and once she did, this is where the concept for “Paradise Lost” comes into play.

The overall theme of this album is very clever and I can’t wait to hear what it the songs on it sound like!

The release of “Hawwāh” will be on the 12th at midnight KST so make sure you stay tuned for that.