Gaho releases the track list for ‘Preparation for a Journey’

Gaho releases the track list for ‘Preparation for a Journey’

On December 3rd, Gaho released his track list for ‘Preparation for a Journey‘. Check it out below! 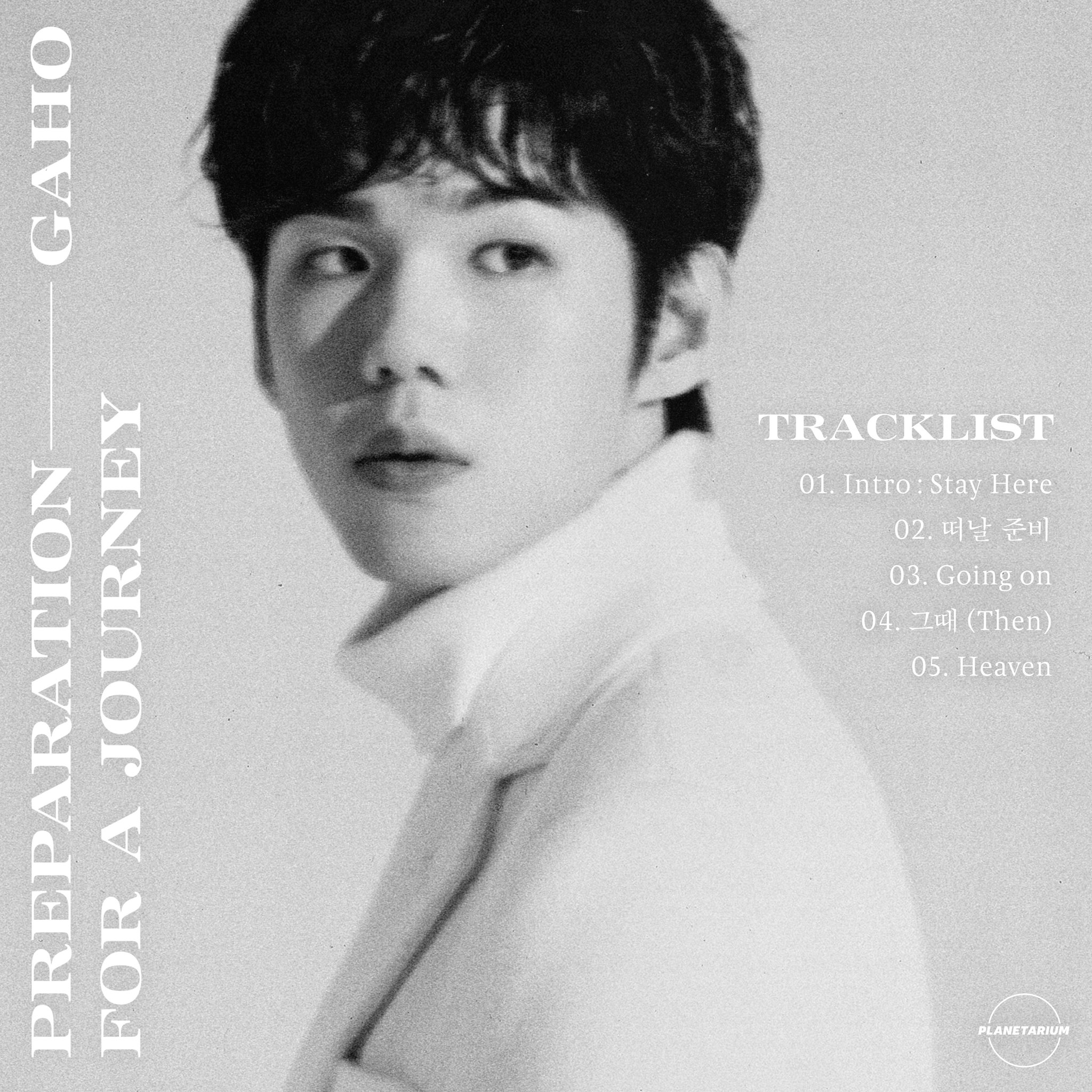 The album consists of five tracks including the intro song ‘Stay Here‘, which he initially released earlier this year. It is still uncertain which song will be his title track. In the image, Gaho is wearing a turtleneck sweater while looking towards the back. It is another black and white image, which enforces a possible emotional comeback.

Gaho will release his first mini album ‘Preparation for a Journey‘ on December 11th at 6PM KST. On May 3rd, he released his first single ‘Stay Here‘, which was accompanied by an MV. He previously made his debut with EP recordings under Planetarium Records earlier this year.

What do you think about Gaho‘s track list for ‘Preparation of a Journey‘? Let us know in the comments below.

Scroll for more
Tap
Get in the mood for Christmas with the ‘Christmas Time’ MV teaser for Starship Planet 2018!
SM STATION 3 uploads first teaser images of NCT’s Renjun for ‘Hair in the Air’
Scroll
Loading Comments...