Gallant, EPIK HIGH’s Tablo, And Eric Nam Release The Much Awaited Music Video For ‘Cave Me In’!

Gallant, EPIK HIGH’s Tablo, And Eric Nam Release The Much Awaited Music Video For ‘Cave Me In’!

EPIK HIGH’s Tablo and Eric Nam have teamed up with American singer/song-writer Gallant to drop their latest R&B collaboration, ‘Cave Me In.’

The music video was shot in Hong Kong while all three artists were there to perform for the Mnet Asia Music Awards (MAMA 2016). The track has a throwback 90’s, chill vibe and is a great song to bump to late at night. Gallant and Eric Nam’s voices are both soulful and smooth. And Tablo’s laid back rap kills it as always.

Since the song’s release, the track has been steadily climbing music charts around the globe. As of January 28th, the song has reached the #10 spot on the iTunes ‘Top 40 US R&B and Soul Tracks.’ Hopefully the single can reach it’s way to #1 soon! 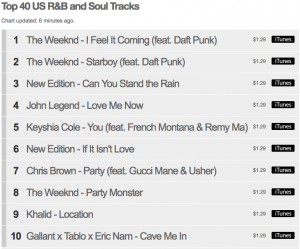 What are your thoughts on the latest international collaboration? Let us know in the comments below!

Scroll for more
Tap
SM STATION To Close The ‘Curtain’ With One Final Song Featuring EXO’s Suho And Song Young Joo!
SHINee Channels Their Inner Bond As They ‘Get The Treasure’ In New Music Video!
Scroll
Loading Comments...