The countdown to GFriend‘s comeback is well and truly on!

Following on from the release of the members’ individual teasers earlier this week, GFriend is continuing to give fans a sneak peek at what they can expect when the girls release their repackaged mini album this month!

Take a look below! 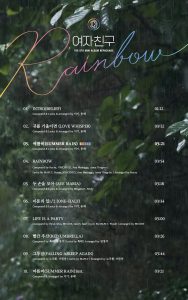 The repackage will contain all of the tracks from the group’s ‘Parallel‘ mini album, as well as two new songs.

The new songs are ‘Rainbow‘ and new title track ‘Summer Rain‘, which was alluded to in the group’s individual teasers. Judging by the style of the teasers released so far it appears that ‘Summer Rain‘ will be a refreshing track, and a perfect end to the Korean summer.

Are you looking forward to new music from GFriend?

Follow Officially KMusic to keep up to date with the latest teasers!