(G)I-DLE reveals the tracklist for their debut album, ‘I Am’

(G)I-DLE reveals the tracklist for their debut album, ‘I Am’

(G)I-DLE is ready for the debut by dropping the tracklist for their ‘I Am‘ album. SO, check it out below! 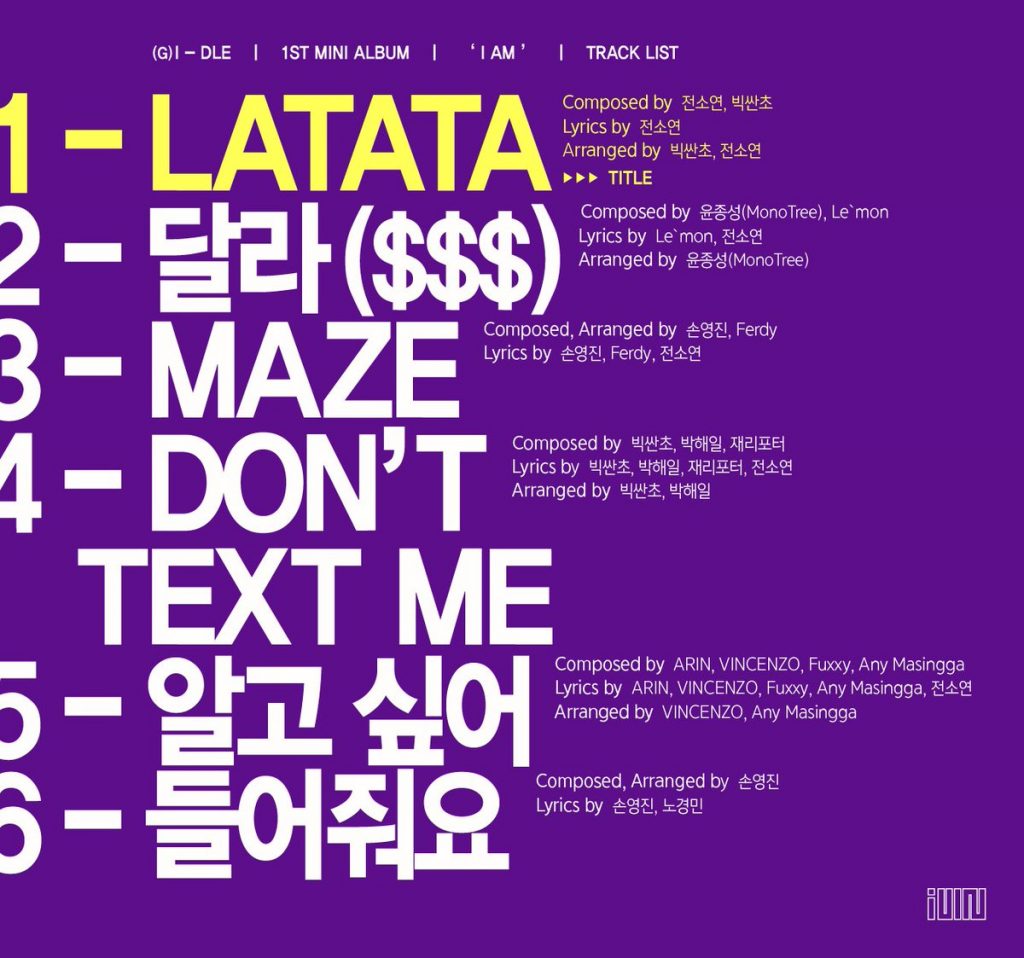 This album has a total of six tracks including the title track, ‘LATATA‘, ‘Different‘, ‘Maze‘, ‘Don’t Text Me‘, ‘I Want To Know‘ and ‘Listen To Me‘. Rapper Soyeon had helped composed the title track, as well as many other tracks in this album!

Meanwhile, they have also revealed their individual introduction videos. So, check that out below!

(G)I-DLE will make their hot debut on May 2nd. Are you ready? Let us know in the comments below!

Scroll for more
Tap
Hyolyn to spoil fans with a Live version of ‘Dally’!
Girl group UNI.T gets ready for their debut!
Scroll
Loading Comments...