GiKwang has dropped the track listing for his upcoming solo mini-album ‘ONE‘.

The album will have a total of eight tracks, including the title track which is called ‘What You Like’.  The title track was written and composed by GiKwang’s Highlight band-mate Yong Junghyung and Kim Tae Joo.

Lee GiKwang assisted with the writing and composition of most of the tracks on the album with the exception of ‘What You Like’ and ‘Trick’.  ‘Trick’ was written by rapper Giriboy and features Geeks Lil Boi. 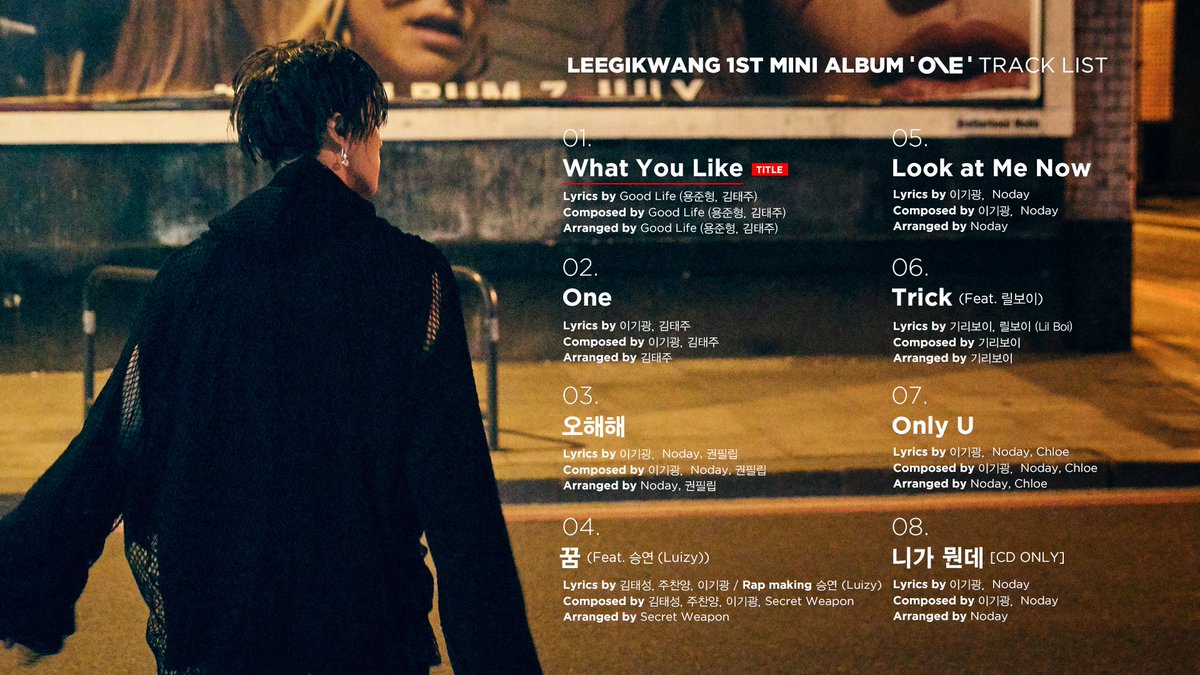 Lee GiKwang’s solo comeback mini-album ‘ONE’ will be released on September 4 at 12noon KST.

What do you think of the new concept images that have been released?  Are you looking forward to Lee GiKwang’s solo comeback? Let us know in the comments below.

Scroll for more
Tap
Victon release colourful trailer for ‘Nonsense’
VICTON give us a preview of ‘Identity’
Scroll
Loading Comments...