Gikwang, Taemin and Eunhyuk – who would you choose as ‘The Dancer’

Gikwang, Taemin and Eunhyuk – who would you choose as ‘The Dancer’

JTBC4‘s new dance show ‘WHYNOT – The Dancer‘ has revealed a poster and a teaser clip for the upcoming show.

The show will follow Super Junior‘s Eunhyuk, SHINee‘s Taemin and Highlight‘s Gikwang as they travel to Los Angeles to take on the challenge of becoming choreographers.

A poster has been released for the show which features the three idols and text that reads ‘K-pop artists’ choreographer challenge project‘.

When the poster was released via social media it included the hashtags ‘NCT‘, a nod to NCT‘s Jisung who will also be taking part in the show.  Lia Kim who is a famous choreographer who created Sunmi‘s ‘Gashina‘ and TWICE‘s ‘TT’ is also taking part.

The shows website describes Eunhyuk as the ‘WHYNOT dance crew leader‘, Gikwang as the crew’s ‘centre‘, Taemin as the ‘hidden card‘, Jisung as the refreshing youngest member and Lia Kim as the assistant.

The dance variety show will feature the idol stars learning new dance genres from choreographers in Los Angeles and then they will be given the chance to choreograph something themselves.  The self-created choreography will be given to another team to perform.

Take a look at the poster for ‘WHYNOT – The Dancer’ 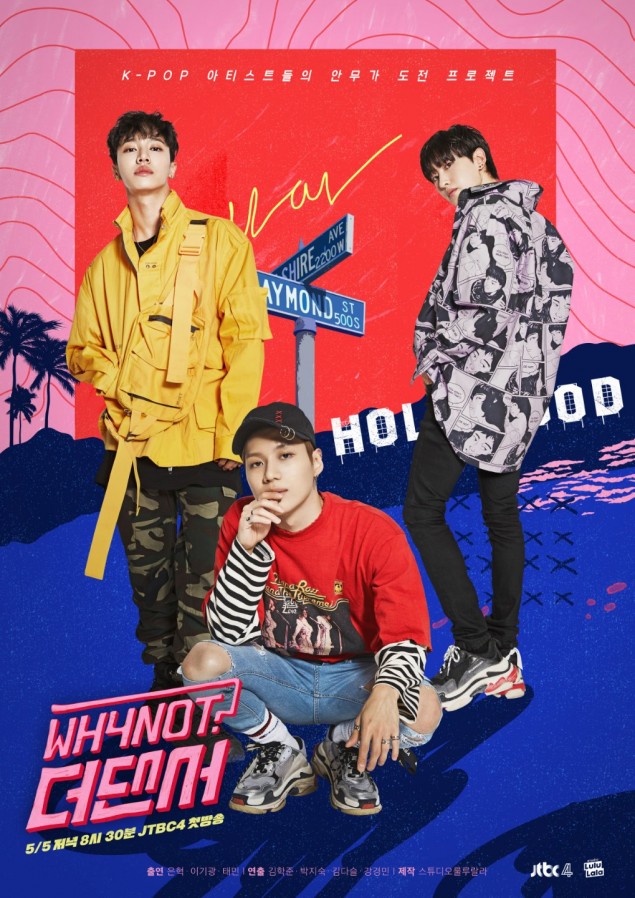 In the teaser clip we get to see a little of the dancers being put through their paces, learning the choreography in a rehearsal studio.

Check out the teaser clip for ‘WHYNOT – The Dancer’