On July 24th, Girls’ Generation‘s Hyoyeon shared a photo on her Instagram with the caption, “My reliable hoobaes,” along with the hashtags, “#TaeHyoTen” and “#HitTheStage.”

In the picture, the singer and dancer is seen with her fellow SM Entertainment label-mates, SHINee‘s Taemin and NCT U‘s Ten, while backstage at Mnet‘s “Hit The Stage.”

For those who don’t know what “Hit The Stage” is, it is a new program where celebrities and professional dancers will battle it out in an intense dancing competition. Each team will prepare a performance based on a specified theme and this will change every episode. The teams will also rotate every week. So far, eight celebrities participants have been confirmed and they are: Block B‘s U-Kwon, Girls’ Generation‘s Hyoyeon, INFINITE‘s Hoya, MONSTA X‘s Shownu, NCT U‘s Ten, SHINee‘s Taemin, SISTAR‘s Bora, and TWICE‘s Momo. Check out the show’s teasers here. 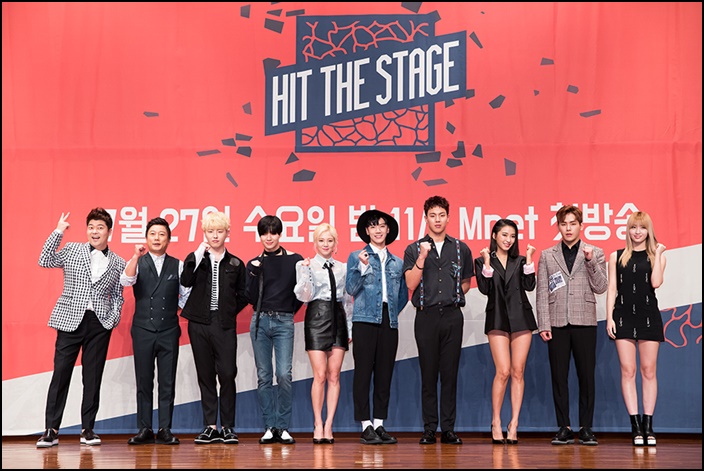 Let us know who you will be rooting for on “Hit The Stage” in the comments below. Stay tuned with Officially KMusic as we bring you the latest news from Korean Entertainment!

Scroll for more
Tap
Another MV by Jay Park and Ugly Duck, What?!
Chan-sung Shows Off His Adorable Side On Haru Hana Magazine!
Scroll
Loading Comments...