Girls’ Generation’s Sooyoung showed off some of her dance moves!

On February 10th, the Girls’ Generation members appeared on jTBC‘s “Shinhwa Broadcast”. They played a number of different games.

During the shoot, Girls’ Generation and Shinhwa members had some time to appeal themselves to each other in order to organize teams. Sooyoung had a solo dance performance and showed off her impressive poppin’ dance moves.

Shinhwa members commented, “That was some impressive vibration” and Sooyoung shyly answered, “I wasn’t planning to show this.” 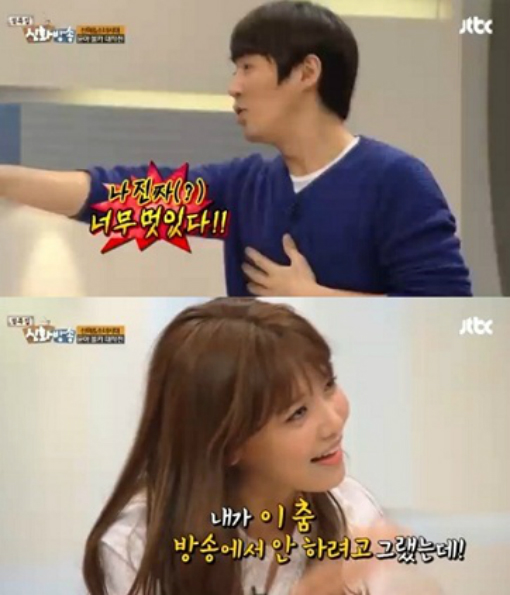