Sooyoung has finalised her move away from SM Entertainment!

Echo Global Group announced the deal in a statement on November 10th, saying that the company and Sooyoung “have come together to establish a new working relationship“, and that Echo Global Group is “very pleased” to be representing the artist who the agency describes as “a top Korean artist … and a passionate and talented actress“. The finalisation of Sooyoung‘s contract confirms rumors that the popular idol would be joining actor Daniel Henney‘s agency. 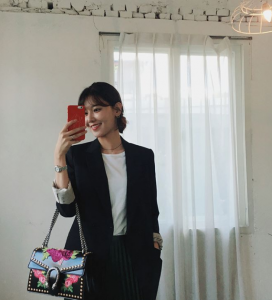 Sooyoung‘s new agency has pledged to support all of her artistic pursuits, saying that they will use their “wide range of platforms” to support her “as both an actor and a singer“.

Sooyoung left SM Entertainment alongside Tiffany and Seohyun in August. We wish Sooyoung all the best for her new start at Echo Global Group!