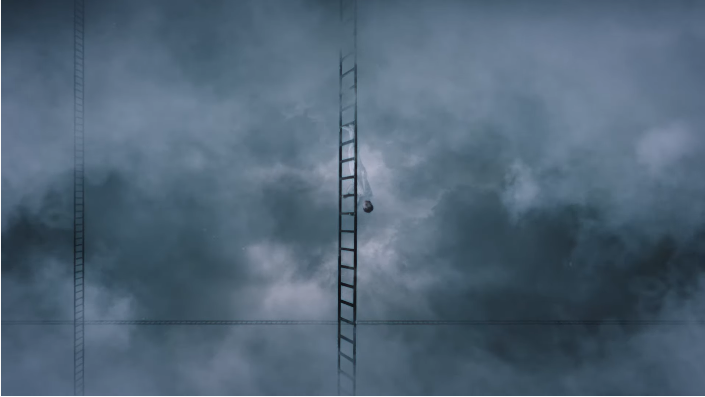 On June 20th, GOLDEN CHILD released the MV teaser for the title track, ‘ONE (Lucid Dream)’ off their upcoming 4th mini album, ‘Take A Leap’. Check it out below!

The teaser starts off with the member running in the middle of an empty wasteland before we multiple shots of members isolated in their own scenes. They include them lying on gravel in the middle of a dark space, a shot where one stands on a bridge that overlooks the expansive ocean, a member climbing a ladder to the sky, and shots of members in set with a fallen upside down tree, with a huge butterfly that flies off.

Consequently, we hear the chorus instrumental which features a restrained bass melody as seen with the group’s previous title track, ‘Without You’. However, this time there is a violin playing in the background too. The members dance to synchronized choreography as the teaser ends with a building crashing in the background.

Recently, GOLDEN CHILD participated in Mnet‘s idol group survival show, ‘Road to Kingdom‘ which featured seven boy groups to compete for a spot to participate in the next survival show, ‘Kingdom’, in a similar format to last year’s ‘Queendom‘ for girl groups. The group was the first to be eliminated however, it looks like the group is ready and eager to reurn, showing their upgraded charms.

The group’s 4th mini album, ‘Take A Leap’, along with its title track MV for ‘ONE (Lucid Dream)’, will be released on June 23rd, 6PM KST!

How do you feel after watching the MV teaser? Let us know in the comments below!