Golden Child To Have A Debut Reality Show, ‘Woollim Pick 2017’!

Golden Child To Have A Debut Reality Show, ‘Woollim Pick 2017’!

Woollim Entertainment had recently announced the name of their newest boy group. They are called Golden Child and will be consisting of eleven members. Golden Child will be greeting the viewers with their debut reality show, ‘Woollim Pick 2017‘. Through this show, fans will get to know each member and see the way in which the boys prove their worthiness to be in an idol group. This is definitely an exciting concept to help them gain some fans!

To get fans excited, they have revealed a trailer for ‘Woollim Pick 2017’. The concept is made to look like the Olympics where the boys will put 110% into each activity they faced. What is so cute about this is the fact that Infinite‘s Sungyeol and many Lovelyz members have turn up to show their support!  This show will release online content on ‘M2‘ and Naver‘s ‘TV Cast‘ on Mondays and weekly episodes on Mnet and ‘V App‘ on Tuesdays. There is definitely a lot to look forward to! 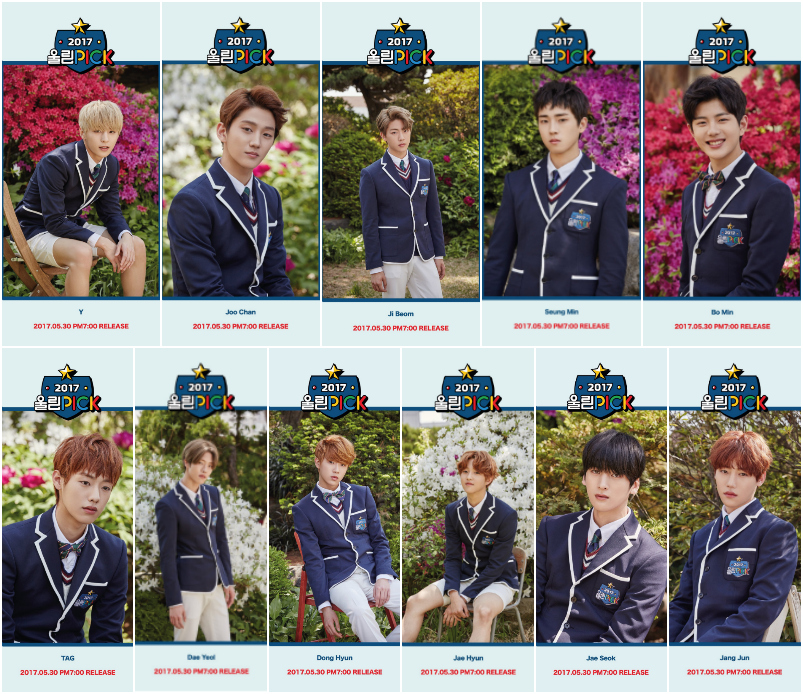 Woollim Entertainment has dropped Golden Child’s individual teaser for this debut reality show. It gives fans the chance to learn each member’s name and admire their great looks! Each member is sporting a cute school uniform outfit that looks so adorable on them! On top of that, on their blazer also has the symbol of the show! Lots of effort has been put into this debut so it will be exciting to see what Golden Child will showcase! The group will consist of members Joochan, Tag, Donghyun, Daeyeol, Jangjun, Jaeseok, Y, Jaehyun, Jibum, Bomin and Seungmin! Which member has caught your attention?

Meanwhile, the first episode of ‘Woollim Pick 2017’ will be coming on May 30th! Are you excited for this reality show? Let us know in the comments below!