Gong Hyo Jin’s new suspense/thriller movie will give nightmares to all mothers now that the actress has done a complete 360° make-over. In her latest movie, ‘Missing: Missing Child‘ (미씽: 사라진 여자), she will play an obsessive babysitter. This is completely different from what from we’re used to seeing from her, whose roles are usually happy or naive. 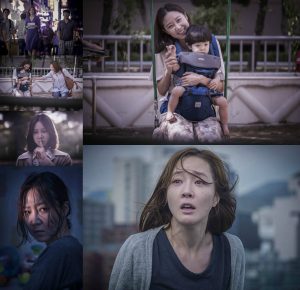 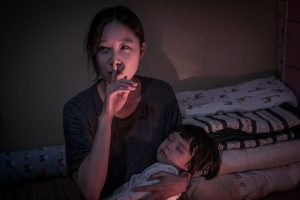 The plot revolves around Ji Sun (Uhm Ji Won) who is going through a divorce, while also working hard and trying to raise her daughter alone. To help out, she hires Han Mae (Gong Hyo Jin) who takes care of her daughter while she works. But Han Mae is quite suspicious and things heat up when both the child and babysitter mysteriously disappear. It’s up to Ji Sun to figure out exactly what happened and if Han Mae is to blame.

Watch the full trailer below:

This mystery- thriller is directed by Lee Eon Hee who was responsible for movies like ‘…ing‘ and ‘Love Exposure‘. ‘Missing: Missing Child” will be released this coming Wednesday, November 30th.

Are you excited to see Gong Hyo Jin’s new movie? Let us know in comments below!

Scroll for more
Tap
‘Sweet Stranger And Me’ : A Character Overview and Recap
Zico, Dean, And Crush Are Living The High Life In ‘Bermuda Triangle’ Music Video!
Scroll