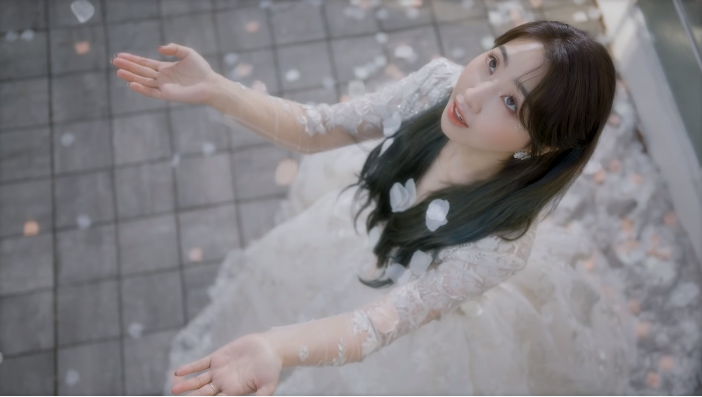 On May 24th, former 2NE1 member, Gong Minzy released her comeback single MV for ‘Lovely’. Check it out below!

The song has a light pop ballad feel to it that complements the light yet strong vocal tone of the soloist, as she also reaches beautiful airy highs to the last refrain of the track. The lyrics describe getting over a sad break up, and figuring whether or not a lover can move on. Eventually, the lyrics in the chorus kick in to tell themselves they are lovely in the way they are.

The MV features many beautiful shots of the singer in elegant dresses surrounding by floral arrangements, showing off the visuals of the singer.

This is only Minzy‘s 2nd single since her departure from the now disbanded 2NE1 back in 2016. Following her departure from YG Entertainment, she moved to sign an exclusive contract with The Music Works which at the time housed famous artists such as soloist, Baek Z Young. She released one Korean single under her time there, ‘Ninano’, back in 2017. She did release an English single ‘All of You Say’ in 2018 but it was not promoted on music shows. After leaving the company, and now acting an as independent artist, this official 2nd single marks her musical return in just over three years.

How do you feel about the ‘Lovely’ MV? Let us know in the comments below!

Scroll for more
Tap
ONLYONEOF depict the duality of good and evil in ‘Angel’ MV!
EXO’s BAEKHYUN wants to be your ‘Candy’ in solo comeback MV!
Scroll