GOT7 celebrate KCON 2017 Japan with “My Swagger” early release!

GOT7 celebrate KCON 2017 Japan with “My Swagger” early release!

“My Swagger” is here and it’s fierce

GOT7 surprised fans, dropping their latest Japanese single “My Swagger” days before the official release date. What’s not surprising is the fact that GOT7’s high-tempo, electro-driven dance track has already hit nearly half a million views on YouTube after only a few hours! 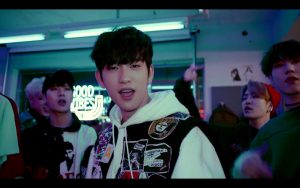 GOT7 debuted the single onstage at KCON 2017 Japan a few days ago for a very lucky audience in Chiba! Although fan videos of the performance, plus the MV teaser and short version hinted at the track’s potential, the group’s incredible energy and stunning visuals have us shaking in our k-boots! 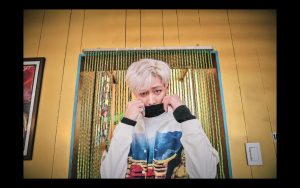 If you haven’t caught it yet, check out the addictive “My Swagger” MV below, and keep an eye out for vocal maknae Yugyeom’s unexpected rap near the end!

Stay tuned to Officially Kmusic for the latest music news and releases!