K-EXCLUSIVE: GOT7 Dabs Their Way Into #FLYinLA !

K-EXCLUSIVE: GOT7 Dabs Their Way Into #FLYinLA !

July 10th, 2016 marked the first day of the ‘2016 GOT7 1st CONCERT TOUR “FLY IN USA”’ in Los Angeles. High spirits gathered downtown as the seven membered group prepared to take the stage in the last city of their five city tour. IGOT7‘s from all around the country stood in line in the sweltering heat for the night that was to come.

Donning stunning red coats and black pants, GOT7 appeared on stage in a furry of red lights. Leader JB along with members Junior, Jackson, BamBam, Mark, Yugyeom and Youngjae made sure to tell the ‘Girls Girls Girls’ in the audience to ‘Put Them Up!’ From stunning vocals to flashy choreography, GOT7 had it all. Fans were singing and dancing along to the group as hit singles such as ‘Back To Me’, ‘Magnetic’, ‘Playground’, and ‘Can’t’ blasted through the speakers. The energy in the room had both fans’ hearts and the floor thumping with rhythm. 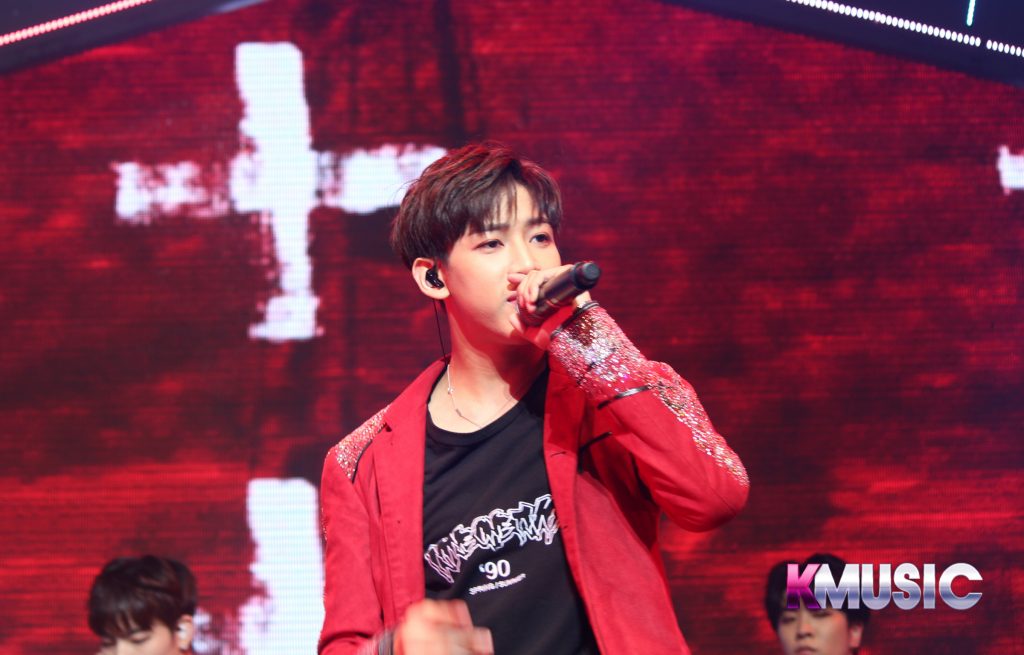 After a quick introduction, GOT7 took off their blazing red jackets and performed a fan favorite, ‘I Like You,’ in all black. Before fans knew it, the high drive choreographic tunes slowed to a passionate duet from JB and Youngjae. They later revealed that their song ‘1:31 AM’ was composed in Japan! The loudest cheers for the next duo came from within the audience—the Tuan family and friends! As Mark and Junior flew ‘Higher’ and filled the stage with enthusiasm, the same feelings were reciprocated back from fans as well as Mark’s family, who had so lovingly came to support the member! The mood only went up from here with the presence of three dance kings that dominated the stage—Jackson, Bambam, and Yugyeom. There was never a dull moment with these three boys as the concert turned into a small rave. 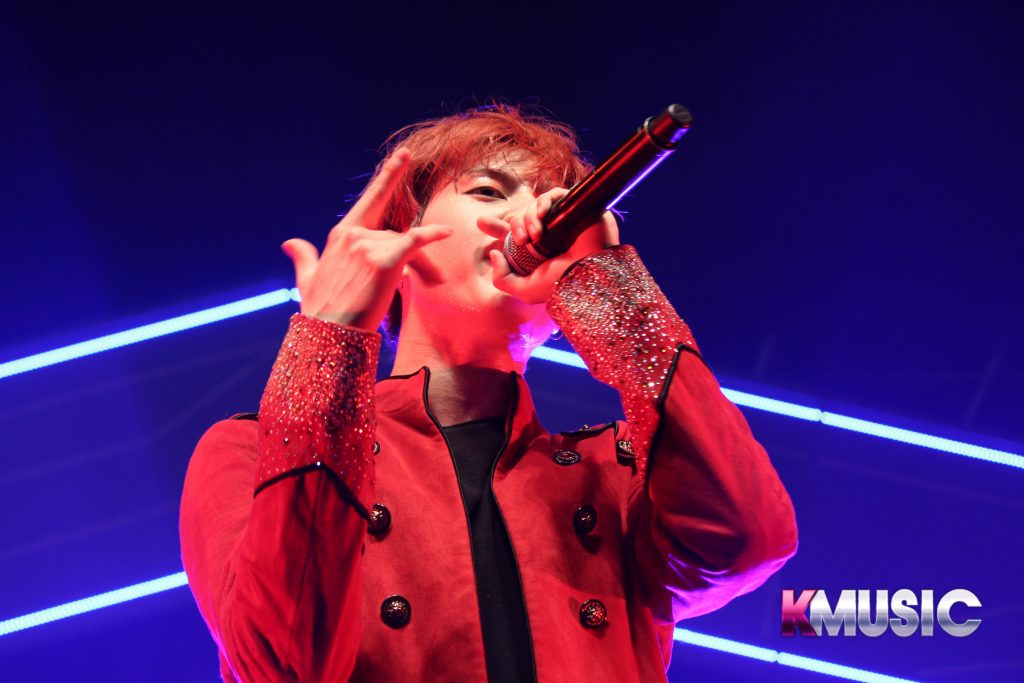 Hitting the stage next were songs from their newest album ‘Flight Log: Departure.’  The fans who were in attendance received a solid ‘A‘ performance from the boys, who were so keen to perform for their U.S. fans! It wouldn’t be a GOT7 concert without any fanservice. The energy reached an ultimate high as each and every member gave IGOT7s the treat of a lifetime—slow and sexy hip thrust choreography to ‘Can’t.’ With Mark’s friends and family watching in the audience, the team members couldn’t help but poke fun at the shy blonde. Three lucky fans were also drawn to participate in a game of dance roulette, causing much laughter from the boys as well as the IGOT7 family. 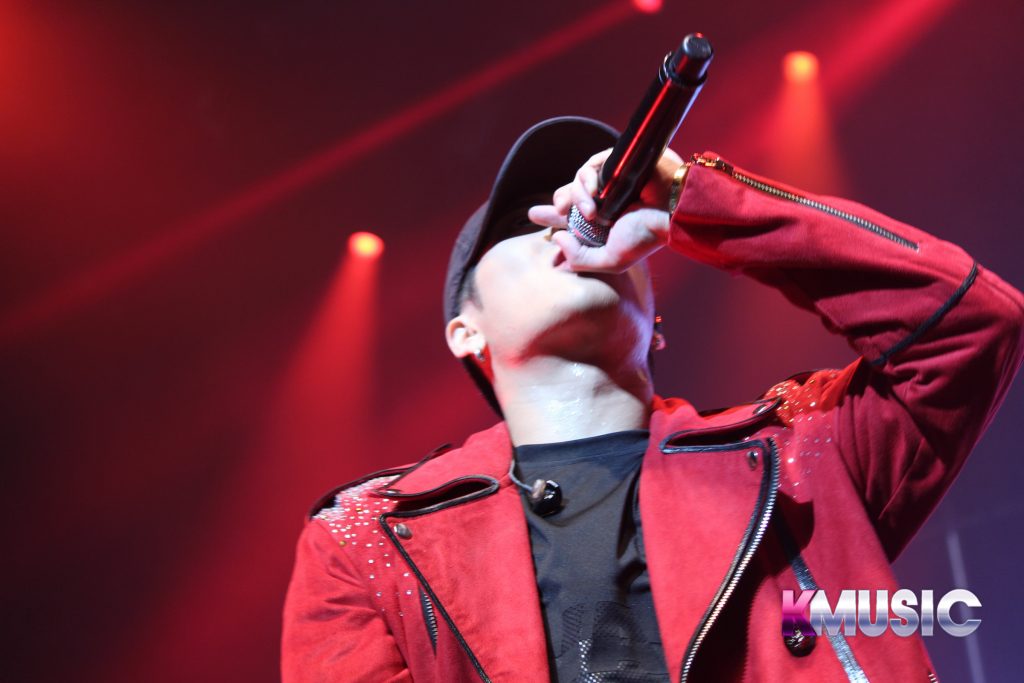 As the night drew to a close with a heartwarming rendition of ‘Confession Song,’ the boys began to bid adieu to the fans who had been giving them unconditional love.

Youngjae:  I appreciate everyone present and wants to see everyone here again. Thank you all so much!

Junior: My name is JYP [jokingly]. I am so happy to see you here in LA, Mark’s hometown. During these two weeks all the concerts have been a very good experience. I cannot forget these two weeks. I want to come back soon for the next album and next concert. Please wait for GOT7. 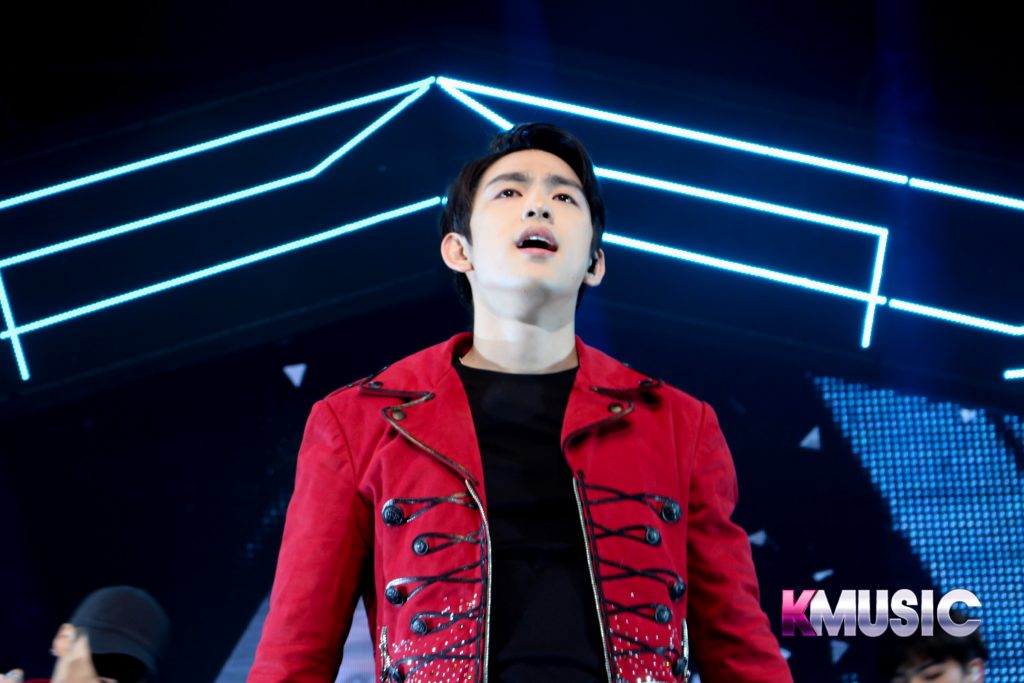 BamBam: Let me see you dab! DAYUM! Thank you so much for coming today. I had so much fun, and I hope you guys had so much fun too. Are you guys having fun? And you know, the US tour is going to end soon. Actually, I don’t really want to go back. I want to stay longer for a little bit. I’m kinda in love with [the] US right now so thank you so much. I just want to let you guys know that just live your life, okay? I don’t know, what I’m saying, does it make sense? Just don’t let all the people that don’t [know] you tell you what to do or can’t do. People tell me not to dab. What the hell? What is so bad about the dab? Makes no sense. I want to let all the haters know that.. [I’ll] never stop dabbing. To all the haters out there.. *Dabs* Actually you know, damn, is this too much? I’m just joking. Thank you so much, and just be yourself. I wanna be myself, so its kinda weird sometimes, but still, I don’t want to lie to you guys. I just want to be myself. So I just want you guys to love the real BamBam and the real GOT7. Thank you everybody. Love you!

JB: Wooow! The weather here is so nice in LA. It’s just as hot as what you guys were showing us tonight. Please keep loving us. We’ll keep showing you the best that we can. As singers and musicians, we will repay you back with good songs.

Jackson: Thank you for coming today. you guys are so hot! As I always say, always be healthy. Never let that negative energy affect you. Like BamBam said, never let other people tell you that you can’t just be yourself. Never try to be somebody else. You’re perfect yourself aiite? We are IGOT7, right? Thank you LA for giving us Mark.

Mark: I’m sorry you guys up there. My friends are kinda crazy. It feels really good to actually be able to perform in LA right now. Its really rare for GOT7 to come into the states and perform for you guys. Thank you guys for coming out today. We promise that we’ll come back next year probably. Its not a promise that I can keep, but we’ll work hard. I want to thank all my family and friends for coming out to day. I love all of you guys. Thank you guys. 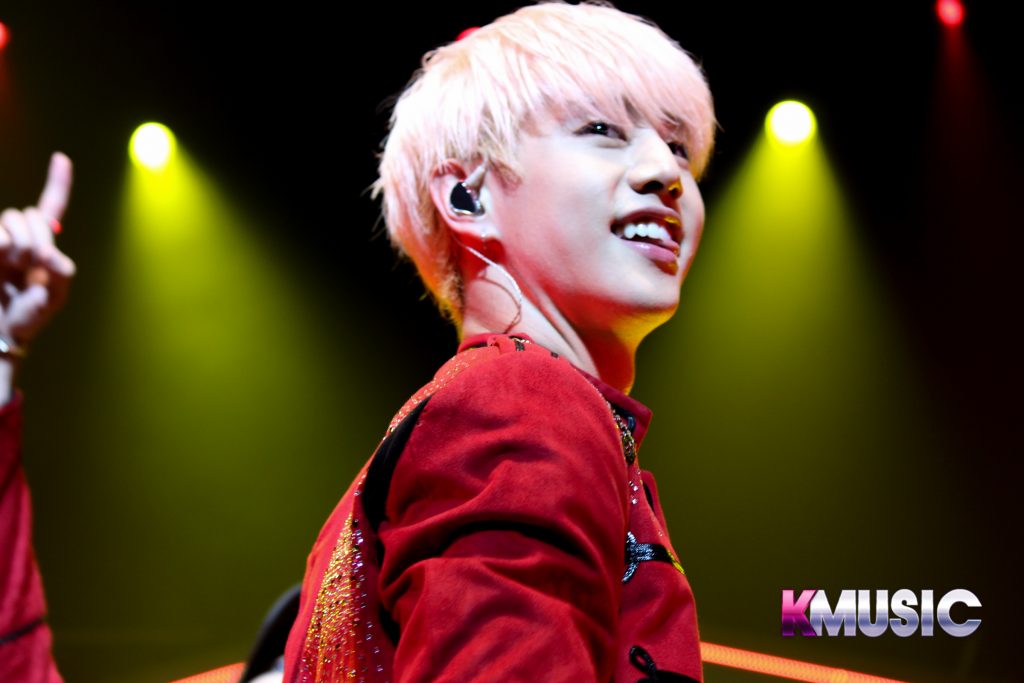 Yugyeom: I’m so glad I’m here in LA. I’m so happy. This is Marks hometown. His whole family and friends are here so it feels like another hometown to me as well. Feels like I’m home as well. We’ll come back. Today..really..thank you. You guys really so hot. I love you. Thank you.

As Bambam threw a box of confetti on Jackson and the curtains drew to a close, this marked the end of a wildly successful tour for GOT7. The past two weeks have been a treat for iGOT7 all over America. Fans no doubt hope to see the hardworking and thoughtful boys at another reunion in the States as soon as possible.

You can check out exclusive photos from the concert here. 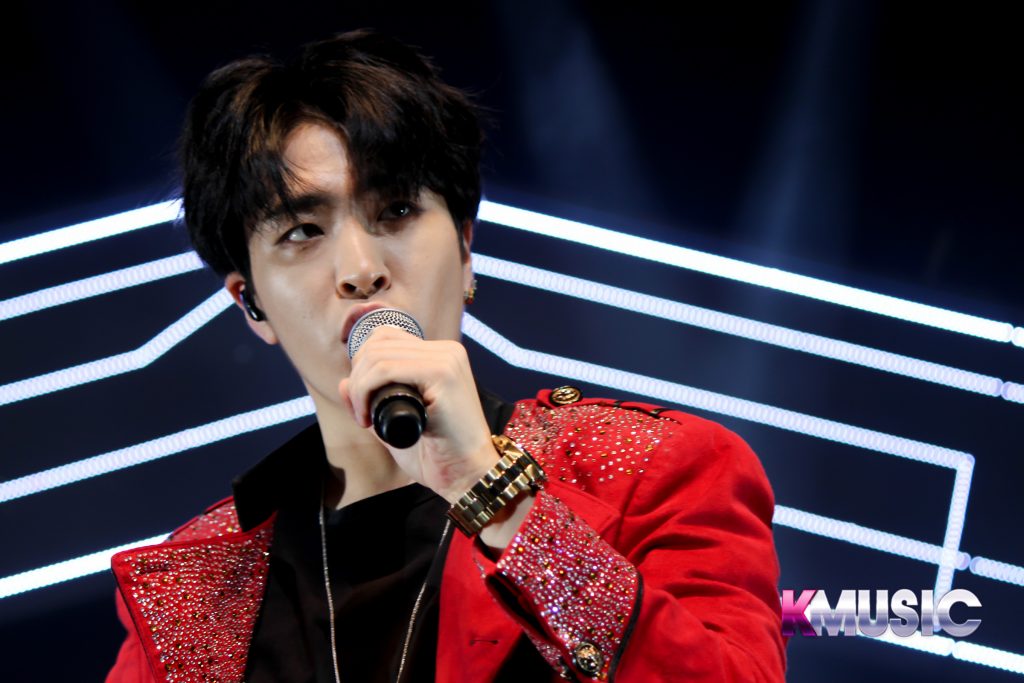 Articles and Photos by: Lina Hung
Edited by: Ying Leung