GOT7 drops the final set of Present Edition of ‘7 For 7’ individual image teasers.

The final set of individual image teasers has been revealed for GOT7‘s Present Edition of ‘7 For 7‘. This final set consist of the maknae line! so, check out the images below! 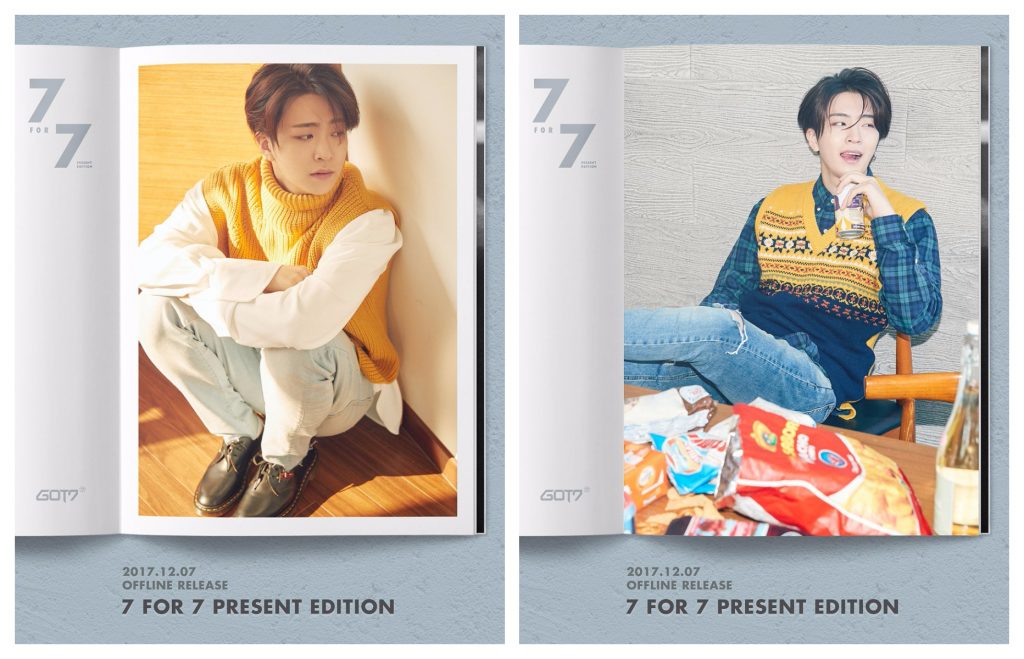 The first person is Youngjae. He looks both serious and cheeky in his set of image teasers. He looks great in both images, and is able to pull off the different colour sweaters. He looks amazing and handsome, having fans swoon at his good looks. 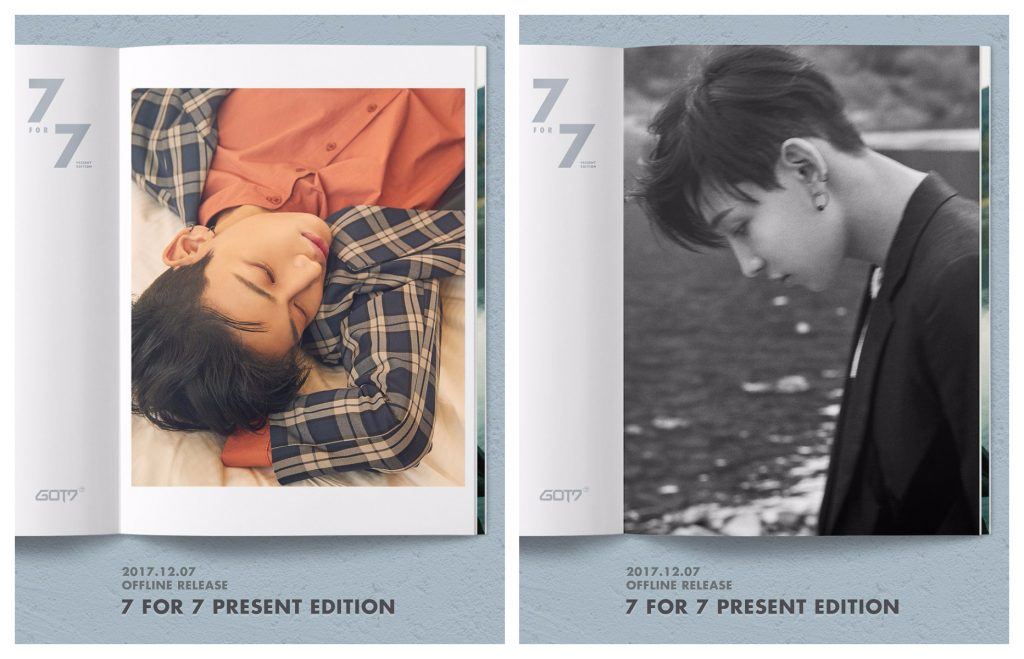 Unlike the other members, Bam Bam has gone for a chic look, where he looks stern in both images. He has been going for this manly look which he pulls off so amazingly well. Also, he has a black and white image, and a coloured image. Even though the black and white one allows his face expression to stand out more, the coloured image helps with enhancing the chic look. 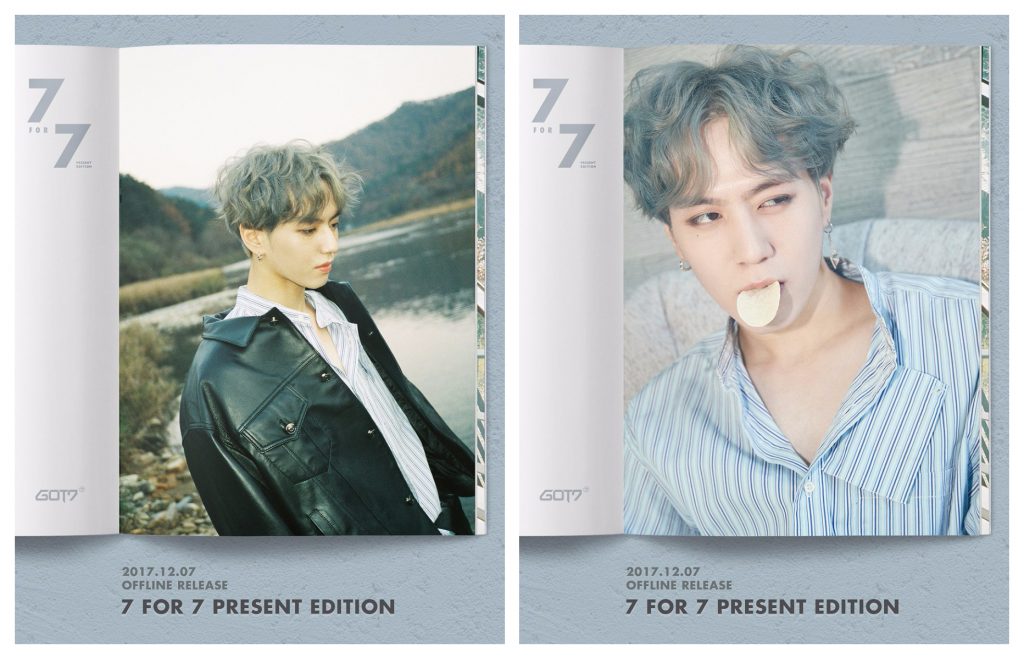 Finally, our maknae, Yugyeom, is sporting two coloured image. One image, he is seen biting on a chip, showing a more mischievous side of him. It definitely fits well with his personality and fans are surely enjoying this last set of individual images. The other image is his much colder and lonelier image. The feelings convey from this image can be deeply felt.

Meanwhile, this Present Edition of ‘7 For 7‘ will be dropped on December 7th! Which image did you like best? Let us know in the comments below!