The talented, multilingual and suave boys of GOT7 drew more than 3000 fans to their press conference ahead of the ‘Fly in Singapore’ concert on the 23rd of June, at the City Square Mall. We were all glad that leader JB recovered in time to perform alongside members Mark, Jackson, Junior, BamBam, Youngjae and Yugyeom, for this leg of the concert tour! 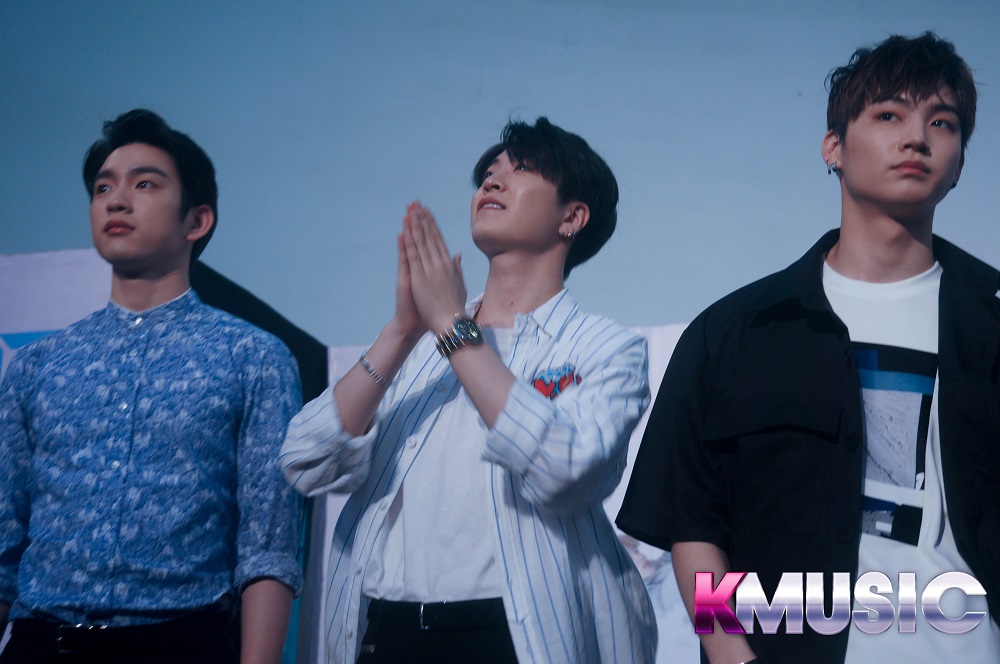 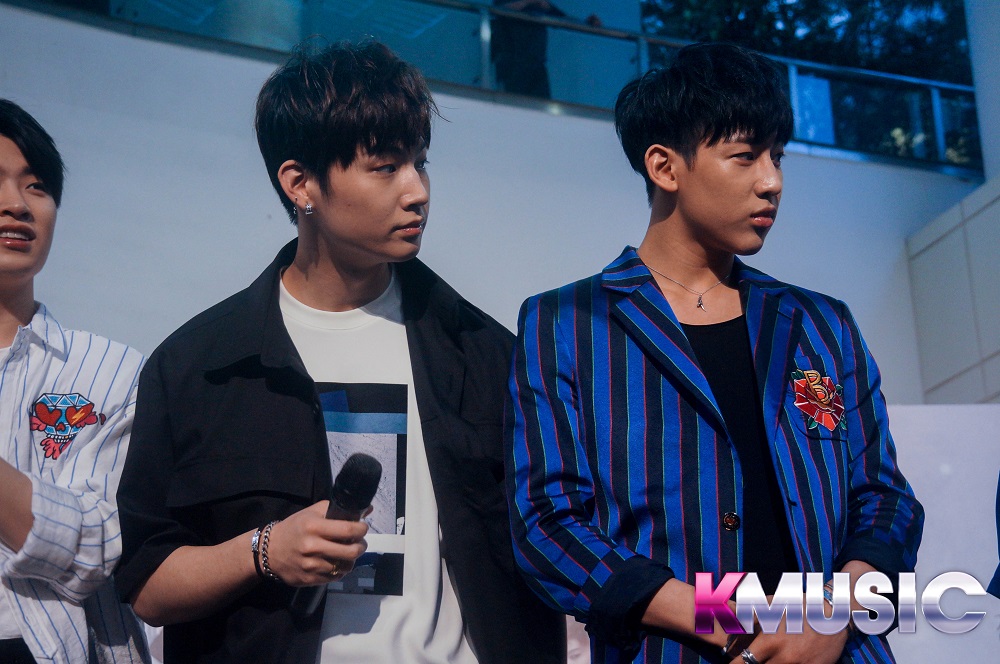 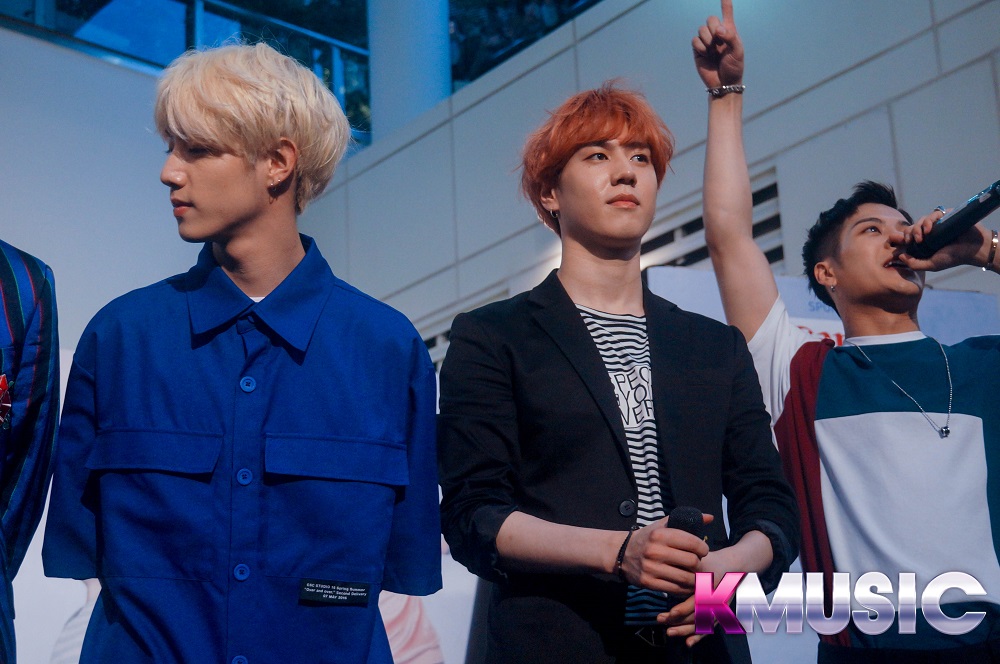 Having debuted in 2014, this is already GOT7’s fourth time in Singapore (yes, you lucky fans!), fresh off their second fan meeting held in December last year. With ‘Fly in Singapore’ being GOT7’s very first full-fledged concert in town, fans could hardly contain their excitement.

Some fans arrived as early as 4.30am for the 7.00pm press conference, filling up all levels and aisles, and basically any available spot for a possible glimpse of GOT7. Thundering screams that reverberated throughout the session made it challenging to even hear one’s own voice. Nevertheless, here’s what the boys said!

Decked in casual getup, members took turns to greet the exhilarated crowd, before sitting down to share more about their maiden solo concert in Singapore. BamBam said, “We feel really great and honored. We can’t wait to sing for all our fans in Singapore!” 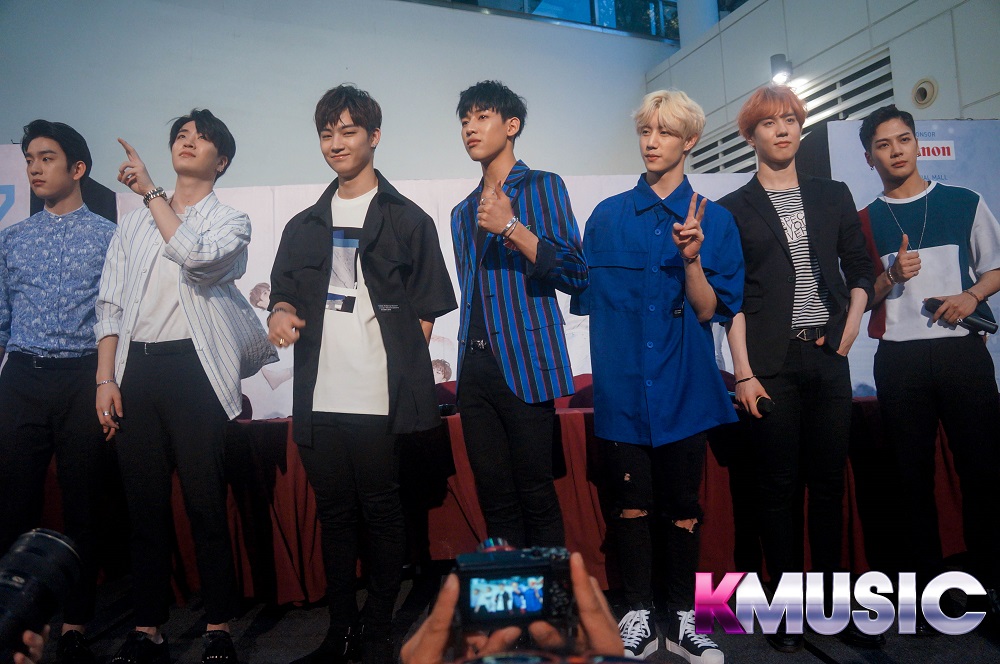 Meanwhile, chatty Jackson said, “We have prepared a very special stage. But you won’t know if you don’t come! Who is coming to the concert?”, which was greeted by deafening cheers and a resounding ‘yes’.

When asked what do they do to relax and their hobbies – JB likes riding his bicycle while Junior enjoys exercising. Diligent maknae Yugyeom said that he has been practicing for the concert, and Jackson was quick to share that Yugyeom has been practicing hard for an R&B song. Of course, the crowd had to hear a few lines of it! And the charming maknae granted everyone’s wish!

IGOT7‘s are probably more than familiar with ‘Real Man’, the popular reality show for artists to experience the tough military training in Korea, and recently starring BamBam and Jackson. When asked about their experience, BamBam exclaimed that he wishes for all seven members of GOT7 to be on the show! Yes please!

Grinning, Jackson took over the microphone, “For me, the most memorable moments were all the times when I had to take care of BamBam.” Before long, the two rappers broke into a hilarious squabble over who took care of whom most!

That was, in fact, just one of the many moments that reflect the extreme close friendship among GOT7 members. Junior shared “The key to being close is to talk and discuss things together” and that members believe in open communication in maintaining their strong bonds. 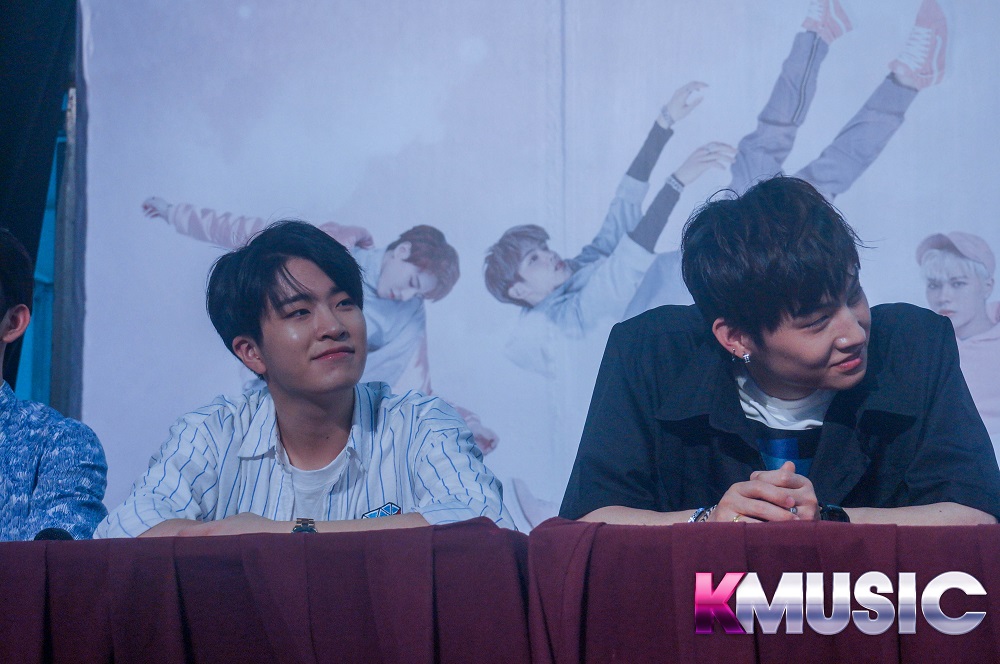 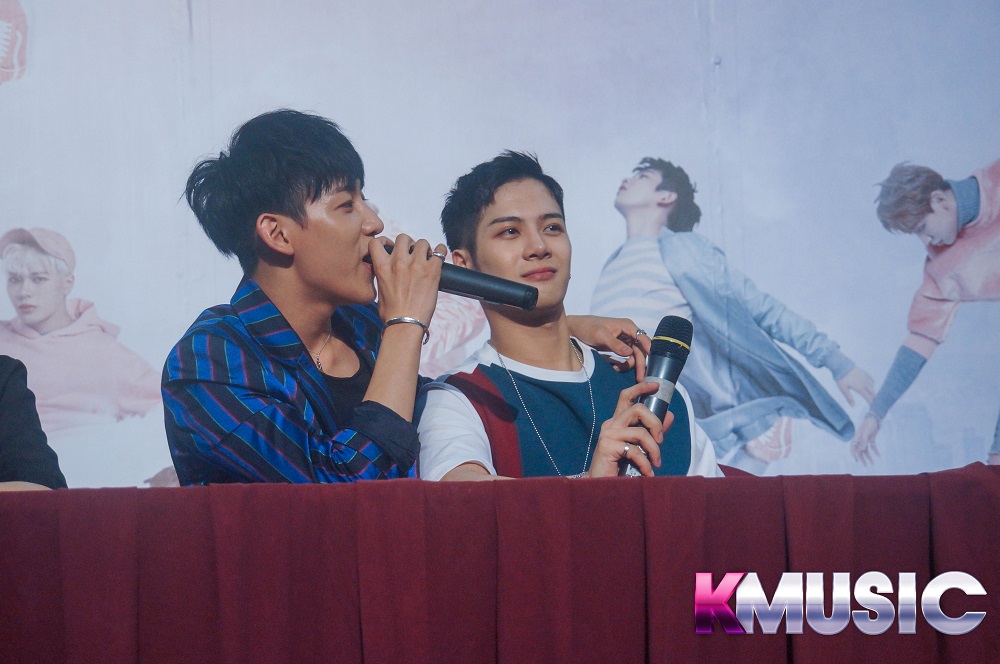 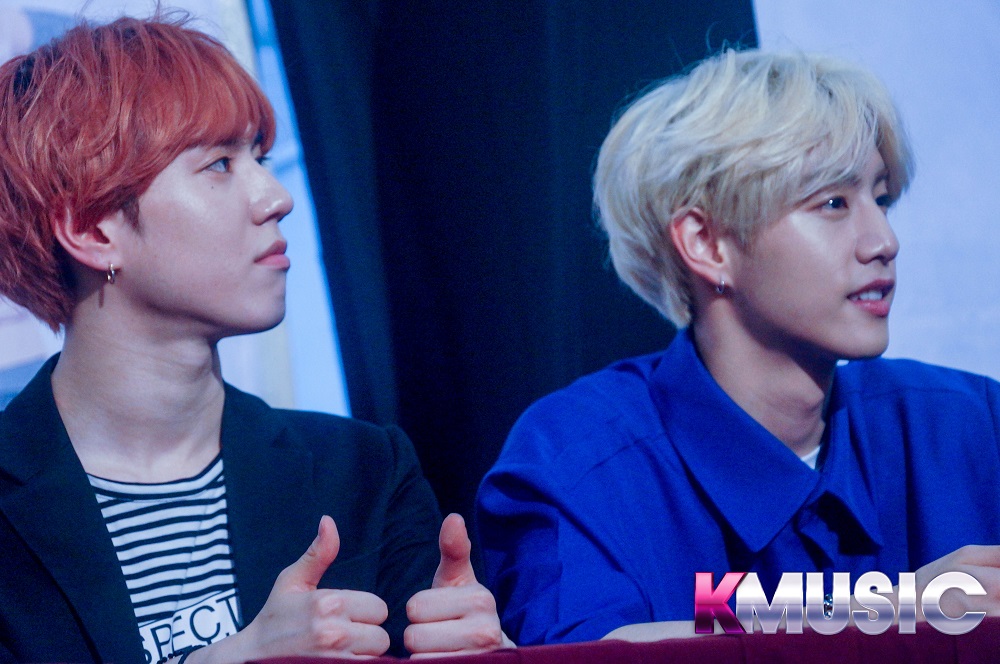 Towards the end, the boys were all excited about returning to Singapore again in the near future. Youngjae said they want to come back for more concerts, while BamBam is making plans for a family vacation to the sunny shores. Even though the press conference wrapped up in less than 20 minutes, fans had a great time catching their idols back in town!

Stay tuned for Officially Kmusic’s exclusive coverage of ‘Fly in Singapore’, and check out our Twitter for great videos from the concert!

A big thank you to ONE Production for inviting Officially Kmusic to the event.