GOT7 has dropped the Hyung Line’s image teasers for ‘7 For 7’ comeback!

GOT7 has dropped the Hyung Line’s image teasers for ‘7 For 7’ comeback!

GOT7 has begun dropping their individual teasers for their ‘7 For 7‘ comeback. So far, they have revealed Jaebum‘s image and video teasers. Now, they have dropped Mark, Jackson and Jinyoung‘s teasers. So, check it out below! 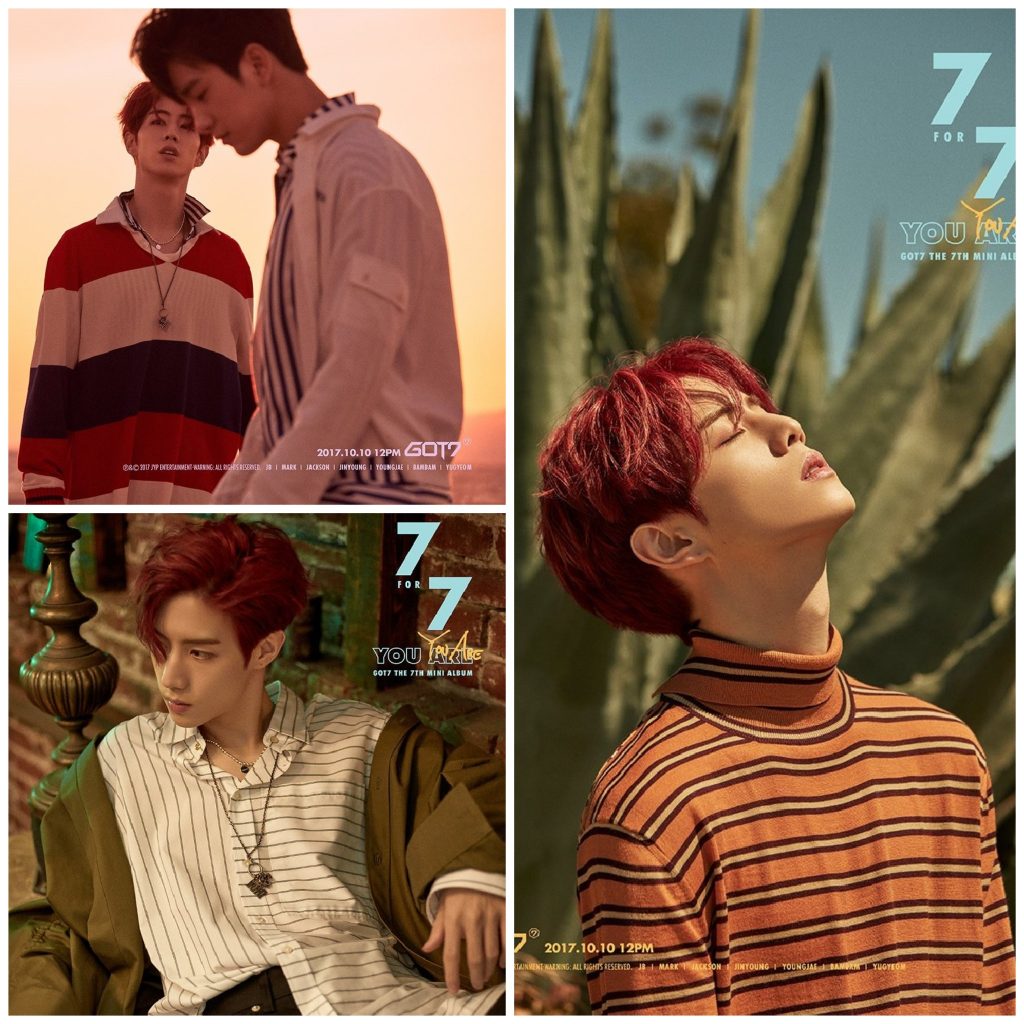 So, for each member, they have revealed three mesmerising images. In particular, Mark shows off his manliness, as well as his beauty in all these images. He looks incredible in the sunlight and fans will definitely be looking at him for ages. Mark has this stare that really has fans swooning. He is also seen posing in many different scenery, where each of them show a different side to Mark.

Meanwhile, in Mark‘s video teaser, he has a dark image with the same sound track is heard. Like Jaebum, Mark also gives off the same vibe with his intense stare towards the camera. It definitely builds up excitement for their upcoming comeback! 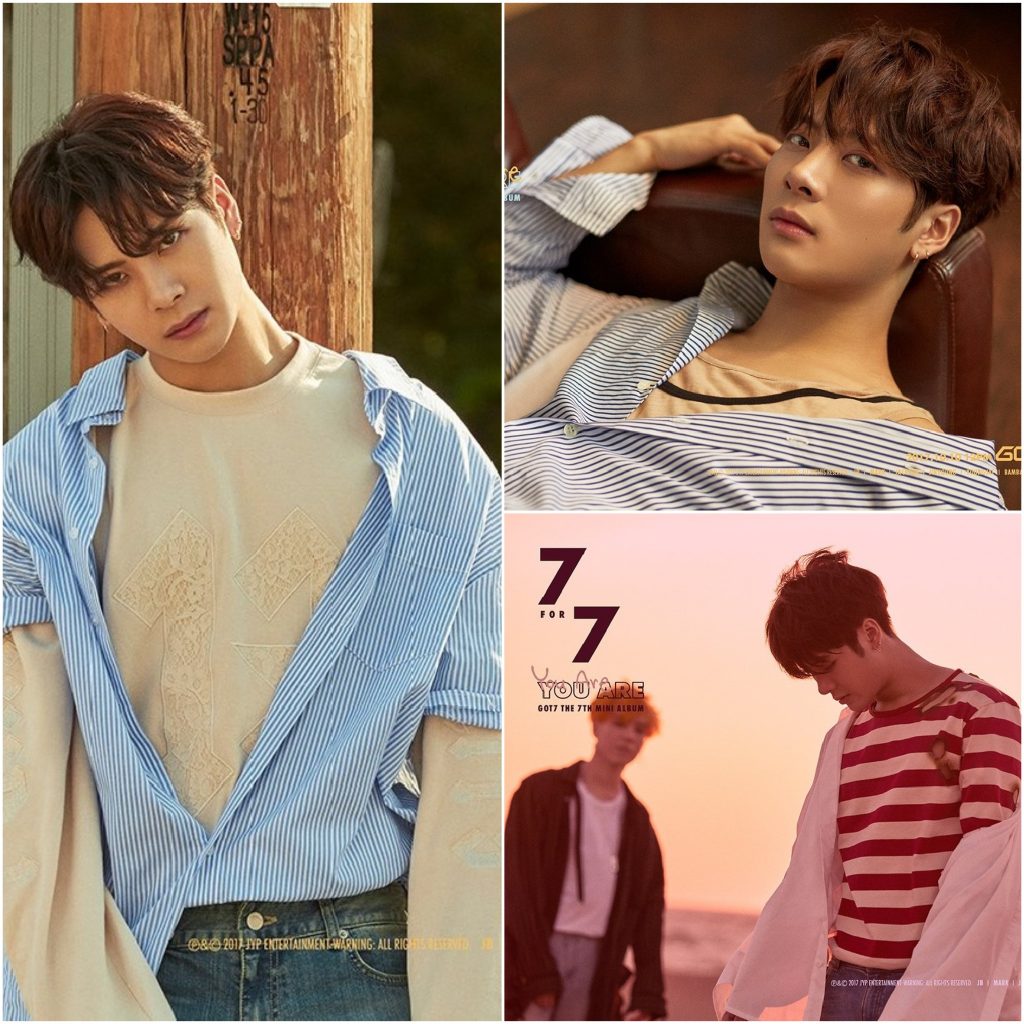 Jackson looks so beautiful in his image teasers. He poses and definitely knows what he is doing to Ahgases‘ hearts. The gestures he makes works well in enhancing his image and fans are definitely enjoying every moment of it. On top of that, he has such a beautiful stare that fans can’t help but swoon!

Jackson in his video teaser shows off his mature and quiet side. He is seen sitting near a whole lot of fishes. It almost seems like he is at some kind of market who is selling fishes for people to have as pets! It surely has fans curious as to how everyone’s video teasers fit with one another. 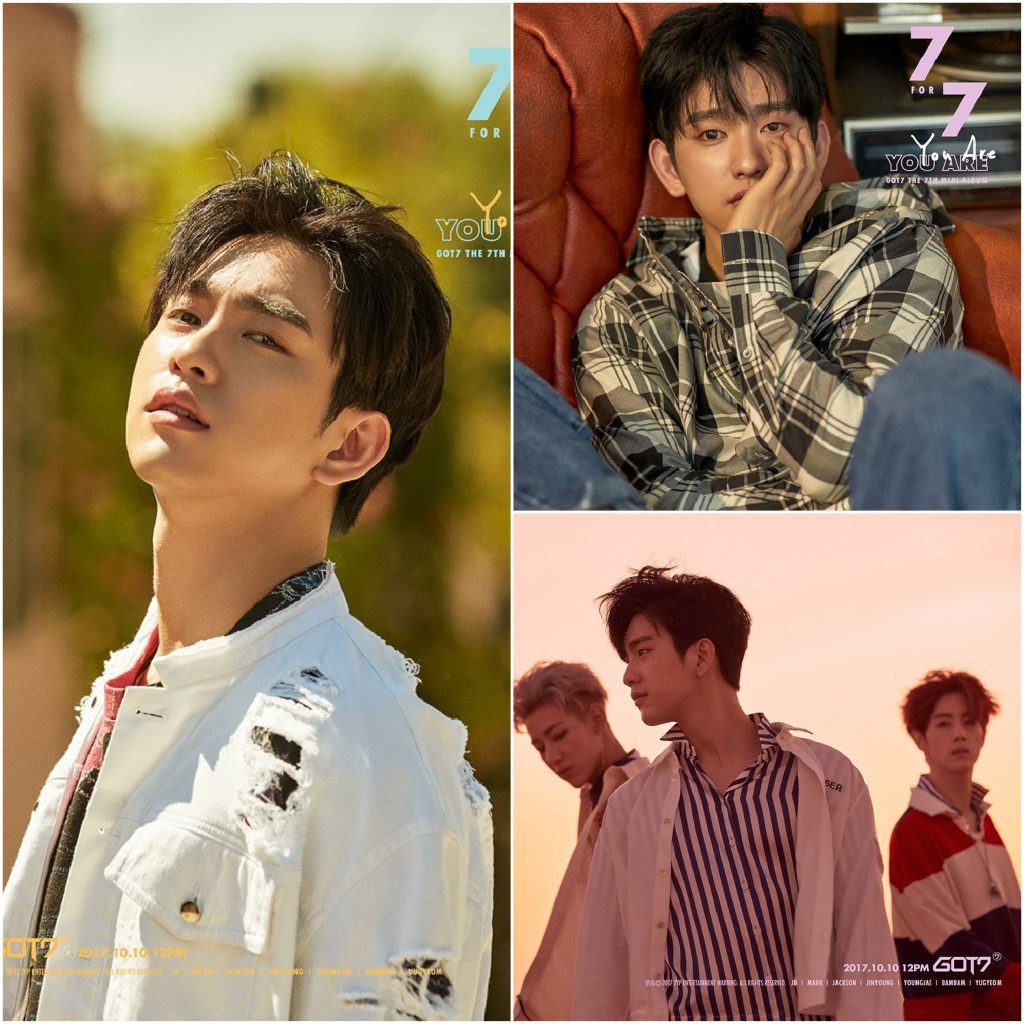 Jinyoung, in particular, looks incredible in all his images. There is three scenery that he poses in. He looks very natural, where some of the images he gives the camera his intense stares. His smile is also so beautiful to look at.

In his video teaser, the same sound track is played. However, Jinyoung is sported in a different scenery in comparison to Jaebum. It has a more softer feel to it that matches well with Jinyoung. It is also filmed in a more brighter setting than the rest of the members. It really builds hype for their comeback.

Meanwhile, GOT7 will make their comeback on October 10th! They will continue to drop more individual image teasers for the other members. What do you think about the concept so far? Let us know in the comments below!