K-EXCLUSIVE: GOT7 IN SINGAPORE FOR THE FIRST TIME!

K-EXCLUSIVE: GOT7 IN SINGAPORE FOR THE FIRST TIME!

Come and get it! The charming boys of GOT7 landed their maiden fan meeting in Singapore with a one-day whirlwind schedule at the Kallang Theatres on 25 April 2015. 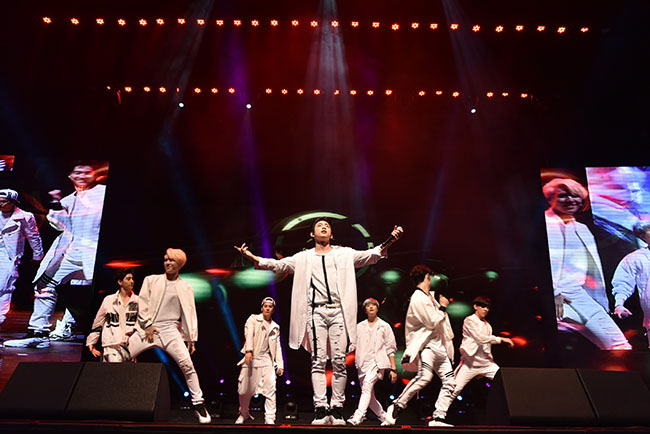 Having debuted in 2014 and already soaring in popularity across the region, the multi-national boy group of JYP Entertainment certainly did not disappoint the thousands of IGot7 supporters as they heated up the stage with their top tracks, martial arts tricking, and a plethora of up-close candid moments with some of the luckiest fans! Hours before the fan meet, the boys also held their press conference in between rehearsals.

Decked in white, members JB, Mark, Jackson, BamBam, Jr., Youngjae and maknae Yugyeom, were all smiles when they took the stage and greeted the local media for the very first time as a group. The chic and modest boys were all praises for the sunny island and surprised everyone by just how well they know Singapore. Former national fencer Jackson shared that he had been in Singapore for 6 or 7 times while Jr. on the other hand, recounted that his last visit to the city was as part of the JJ Project. The boys even know that chewing gums are not allowed in Singapore and vowed to try out all the great food!

Talking about fans from different countries, Got7 feels that all fans are passionate and there is always a great atmosphere during performances, but “realised that fans from the tropical countries, such as Thailand, are very enthusiastic from beginning to end. Maybe fans from all the warmer countries are just full of energy!” 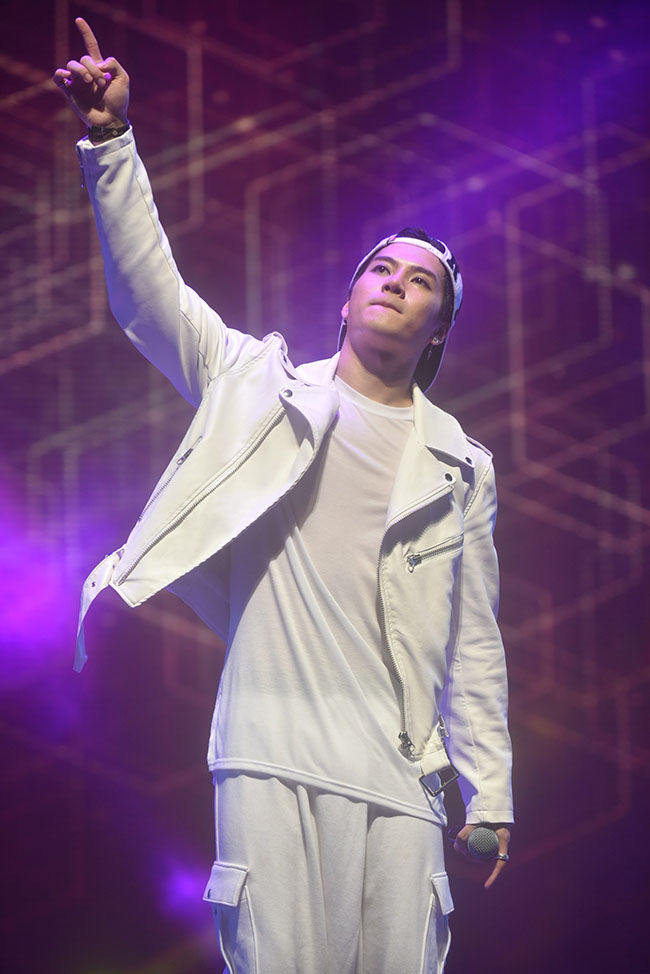 Speaking of energy, fans will be delighted to know the ever-hyperactive Jackson onscreen is just as chatty in person! His persona is well amplified on the current hit variety show ‘Roommate Season 2’ and the appearance also gained him escalating popularity. The members are supportive and happy for Jackson, shared Leader JB – “Jackson’s appearance on Roommate helped more people to know about GOT7 and we are thankful. In terms of venturing into variety shows for the rest of us, we will gladly take it up if there is opportunity. Especially for BamBam, he is really talented and he will do good on variety shows.” That got the cutest member BamBam shy, who was covering his face and squirming in his seat when he went, “I like to go on a show that is more of the active nature and sporty!”

Halfway through the session, a psychological question popped up. The boys were asked where would they hide their secret love letters and their choices might help to provide some clues to the type of girls they like. Members’ reactions were hilarious – Youngjae quipped “Do we have to hide?” while Jackson went “Is there an option of ‘none of the above’?”, and Jr. exclaimed, “We just love our fans!”

To satisfy your curiosity, Yugyeom and Jackson chose ‘under the bed’ and that indicates they like girls who are cheerful and bright. JB and Jr. had ‘in the closet’ (girls who like cleanliness), Mark went for ‘between pages of a book’ (someone who is knowledgeable), while BamBam opted for ‘inside a cookie jar’ (girls who are more particular with high expectations) only because “no one else chose it”!

With most members of the group having Instagram accounts and relatively active in updating, the boys were asked how often they use social media. BamBam confessed that he loves Instagram but will only update when something special, cracking everyone up with a “you know what I’m talking about…” that was complete with a wink.

Members also revealed that in the face of challenges, while they each has their own opinions, the leader (JB) will give the final conclusion based on the situation and they look to him to guide them through and overcome difficulties (cue aww!).

In fact, while they do have their individual favorites amongst GOT7’s songs, most members gravitate towards R&B if they were to produce their own music. Youngjae said that he relates best with ‘Stop Stop it’, but might make “sad songs and sentimental music”, and Yugyeom shared that he really likes the song ‘Stay’.

Rounding off, GOT7 hoped everyone could enjoy the show that they are about to put up.  And even before performing their first gig in Singapore, the boys are already looking forward to come back with a concert and a bigger stage, and “have more fun with everyone”!

Well, many girls, girls, girls certainly had the time of their life at the phenomenal night! GOT7 opened the show with an energetic performance of ‘Gimme’ and adorable greetings. From Jr.’s sexy “Hello there” to BamBam’s “Have you guys eaten”, fans were screaming to their hearts’ content. Before long, members also found themselves ‘pointing fingers’ at each other as they answers a series of questions from the emcee.

Most talkative member – was a unanimous choice with Jackson taking the crown. Even Jackson himself raised his hands in agreement! Members went on to explain that BamBam actually talks the most but Jackson is the most active amongst the boys.

Most beauty conscious member – went to BamBam with JB and Jackson following closely behind.

Slowest member – unanimously voted was Jr. and the crowd cracked up when Jackson remarked, “He is not slow. He is just not there!” It was even more hilarious when the super chilled Jr. retorted, “You know, just relax.”

Best dancer – not surprising, Yugyeom took the stage with his freestyle dance while Jackson beat-boxed. Youngjae also showcased his moves while JB did a little B-Boying for the fans!

Finally, JB was picked as the member who simply cannot aegyo. The charismatic leader had little choice but to give in to the crowd’s request and mustered a short-lived biong-biong before rolling on the ground in embarrassment! 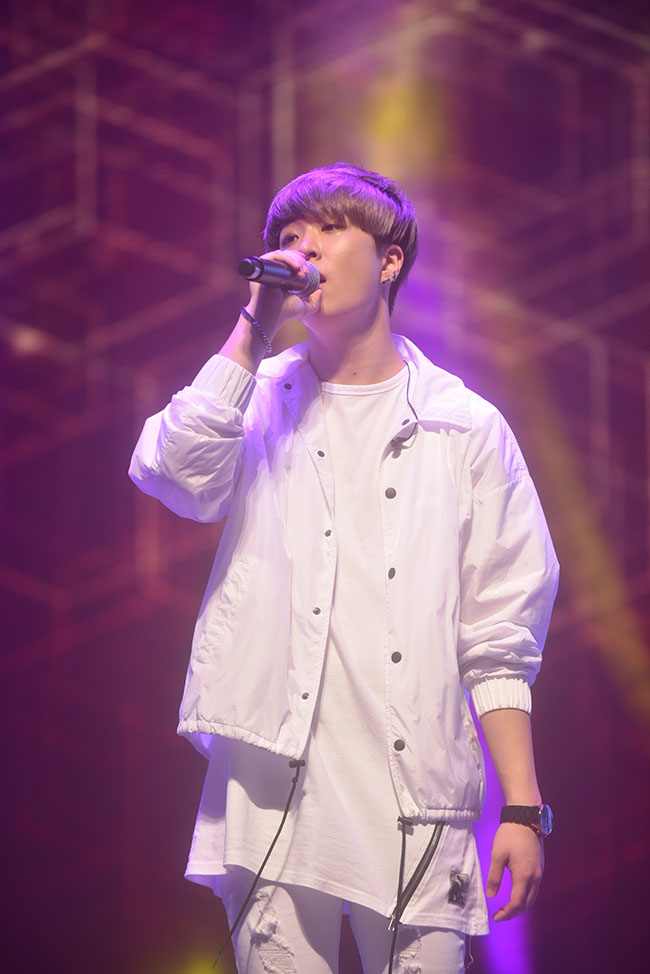 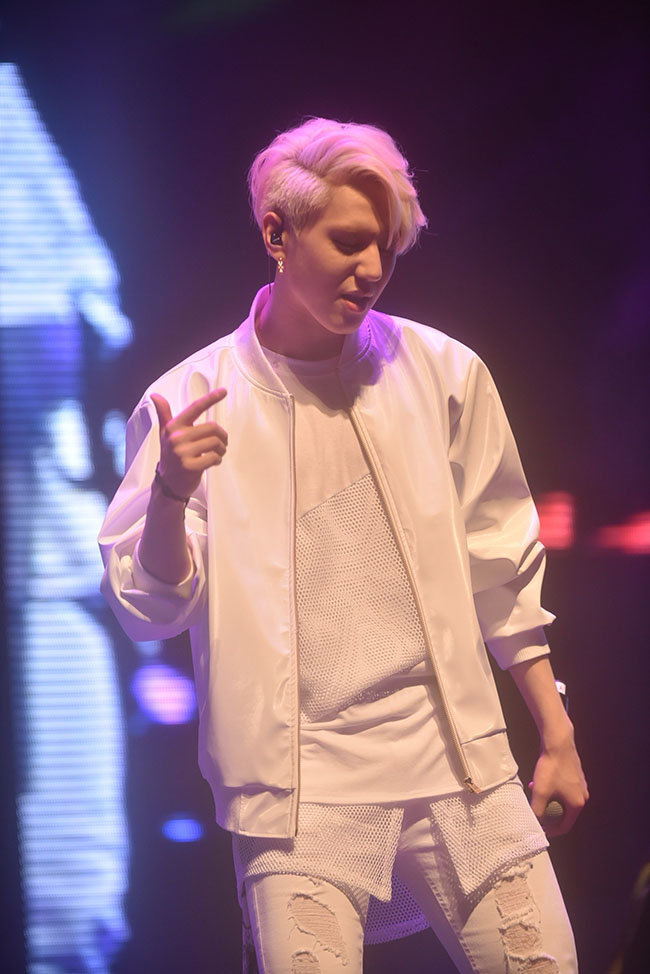 GOT7 continued the night with some of their hit tracks, including ‘Moonlight’, ‘Girls Girls Girls’, ‘A’, and ‘Forever Young’, as well as games that heated up the stage and got the crowd shrieking! Fans who happened to have long hair, wore earrings, skirt, sunglasses, watches and whatnots got lucky to get on stage to couple the boys for a runway show. And ‘tough’ questions such as members’ birthdays and BamBam’s Thai name proved to be child’s play for these IGot7s. The efforts paid off as the ladies found themselves showered with the boys’ affections. Imagine Jackson putting his jacket over your shoulders, JB ‘proposing’ with one knee the floor, JR giving you a back hug and BamBam caressing your cheeks! 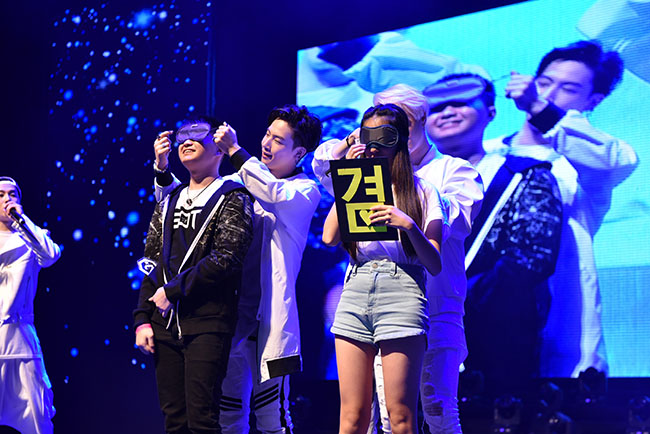 Sweet surprises also rolled in for boys! A video specially prepared by the Singapore IGot7s flashed across the screen, and this followed by a big birthday cake for BamBam who turns 18 on 2 May. BamBam was certainly shocked and touched by the gesture, and went “It’s really my first time (celebrating my birthday on stage) like this, thank you!” 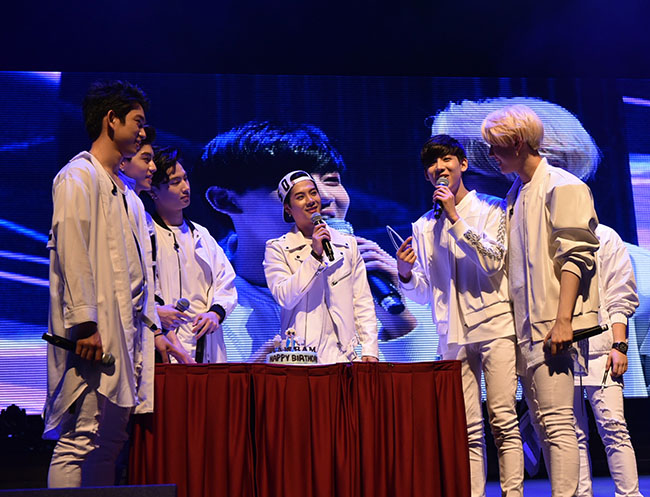 Bidding adieu, GOT7 wrapped up the night on a high note with ‘Bounce’ from the JJ Project. As they have promised, fans will look forward to their next visit with a full-fledged concert! 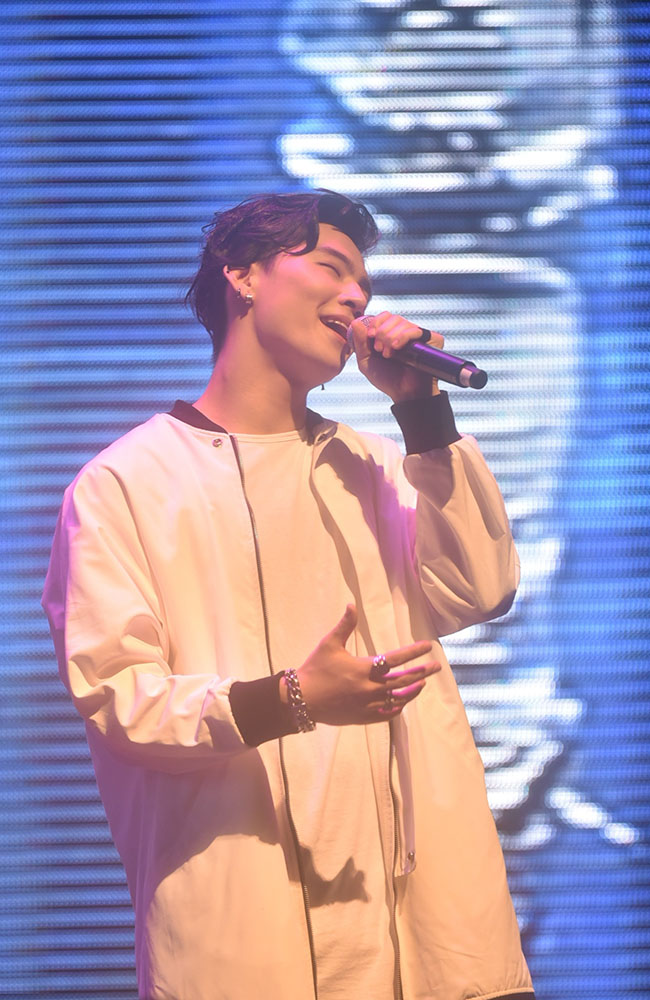 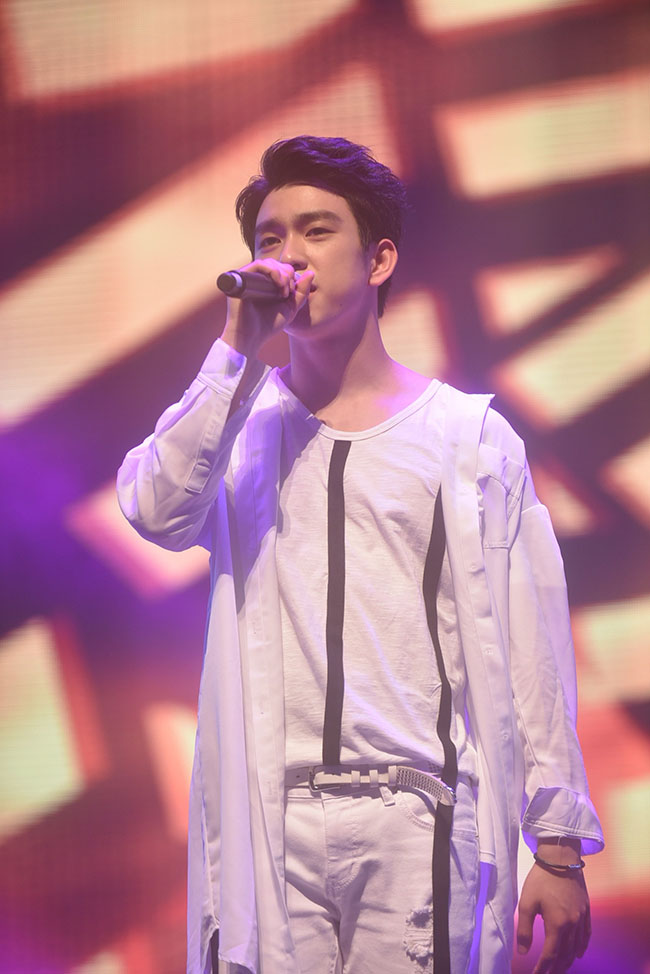 Officially KMUSIC would like to thank LEAP IMS and JYP Entertainment for the special invite.