GOT7 reveal track list for ‘Present: YOU & ME’ edition

GOT7 reveal track list for ‘Present: YOU & ME’ edition

On November 20th, GOT7 released the track list for ‘Present: YOU & ME‘ edition. It will be released on December 3rd. ‘Miracle‘ is the title track, which they revealed through a mysterious teaser video. 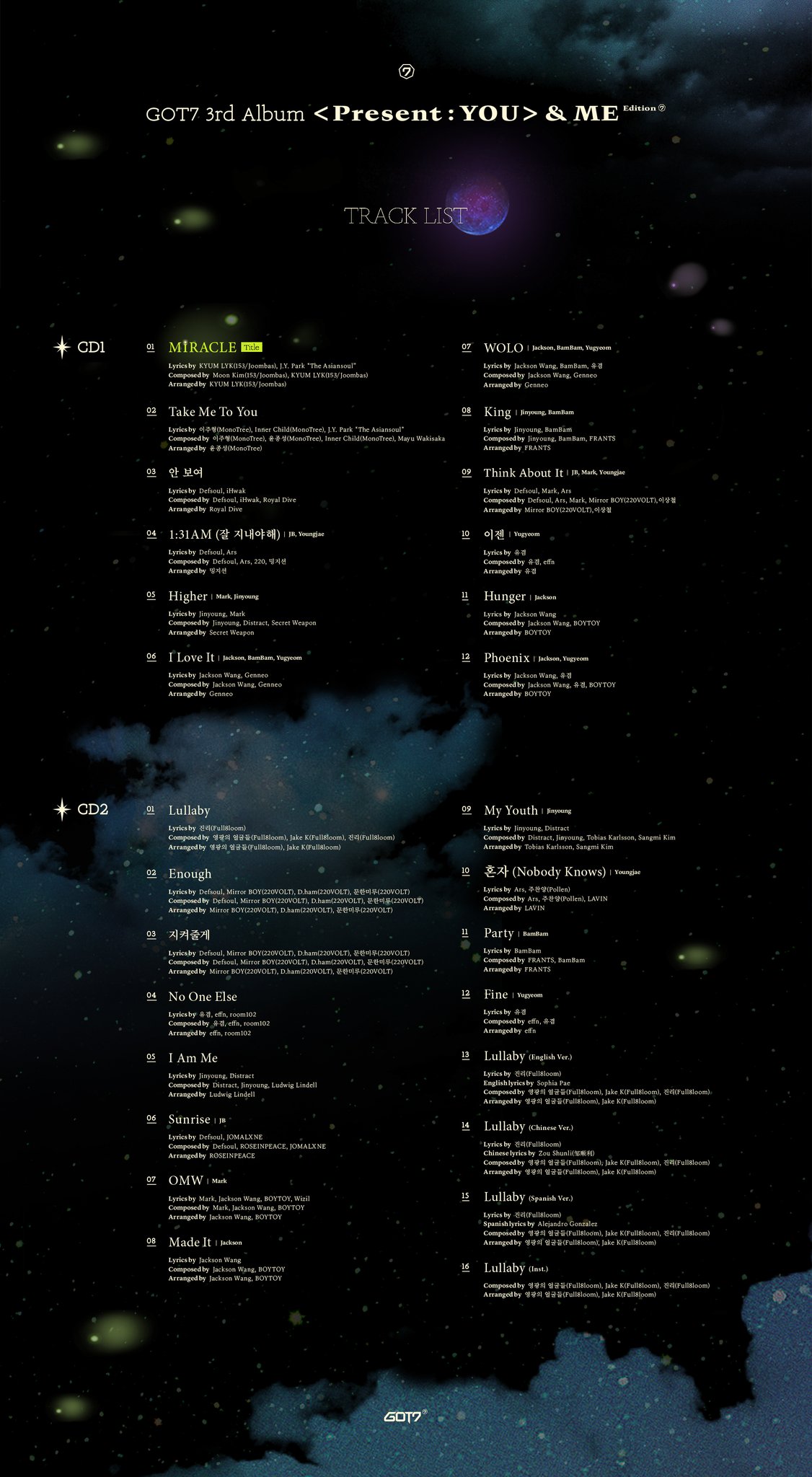 This new edition will contain two CDs. Therefore, the track list is quite long. The first CD includes 12 completely new and original tracks from the group, the majority of which have been produced by the members. There are also songs which feature some members of the group. Yugyeom and Jackson each have a solo song. Furthermore, ‘WOLO‘ which stands for “we only live once” has been performed at concerts. Fans cannot wait to finally hear a studio version of it.

The second CD contains the tracks that were in their third studio album ‘Present: YOU‘, including all four versions of their title track ‘Lullaby‘.

What do you think of GOT7‘s track list for ‘Present: YOU & ME‘? Let us know in the comments below.

Scroll for more
Tap
Baek A Yeon is ready to be self-apologetic in ‘Sorry To Myself’ teaser video
CLC’s Elkie unveils dreamy image teasers for debut single ‘I Dream’
Scroll
Loading Comments...