On March 13th, netizens uncovered a past photo of GOT7’s Bam Bam and TWICE’s Mina in which they were seen lying together for a selca. The photo was recently found circulating among various online community sites. Fans were abuzz regarding the news and had speculated that the label-mates from JYP Entertainment were dating.

Since the photo’s release, JYP was quick to dispel rumors and addressed the photo stating, “We confirm the picture, but it is a candid photo.” The agency went on to say, “The two are mere company colleagues, and we will strictly deal with matters that defame the reputation of our artists.” 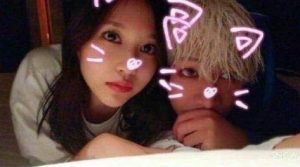 What are your thoughts on the photo? Let us know in the comments below!