GOT7’s BamBam Gave Many A Heart Attack On Twitter

GOT7’s BamBam Gave Many A Heart Attack On Twitter


It seemed flirty to many as he was calling the fans  ‘bab ygirl’ and ‘bae’ and spreading the love and cringe everywhere he posted. 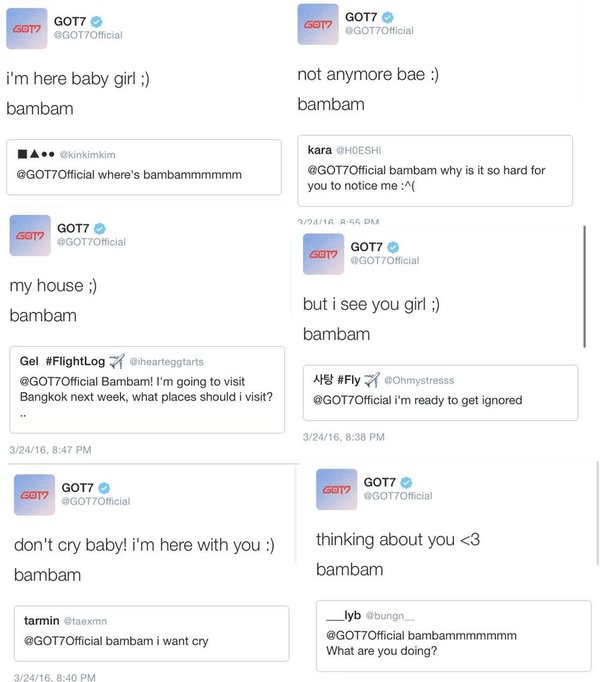 Fans were going crazy at BamBam’s unexpected Twitter replies. BamBam said ‘The Simpsons’ is an anime, which brought much laughter onto fans.

I think it was very amusing and sweet that he took his time to reply with something personal to each post. If Lee Jonghyun replied to me like that, I’d probably squeal and freak out the entire office though.

What do you think of BamBam his replies? Flirty or just sweet? Let us know!

Officially KMusic brings you all the latest updates on K-Pop, so stay tuned!